September 13, 2019 - Ricky Wilcox and the Moonsnakes with Cottondale Swamp 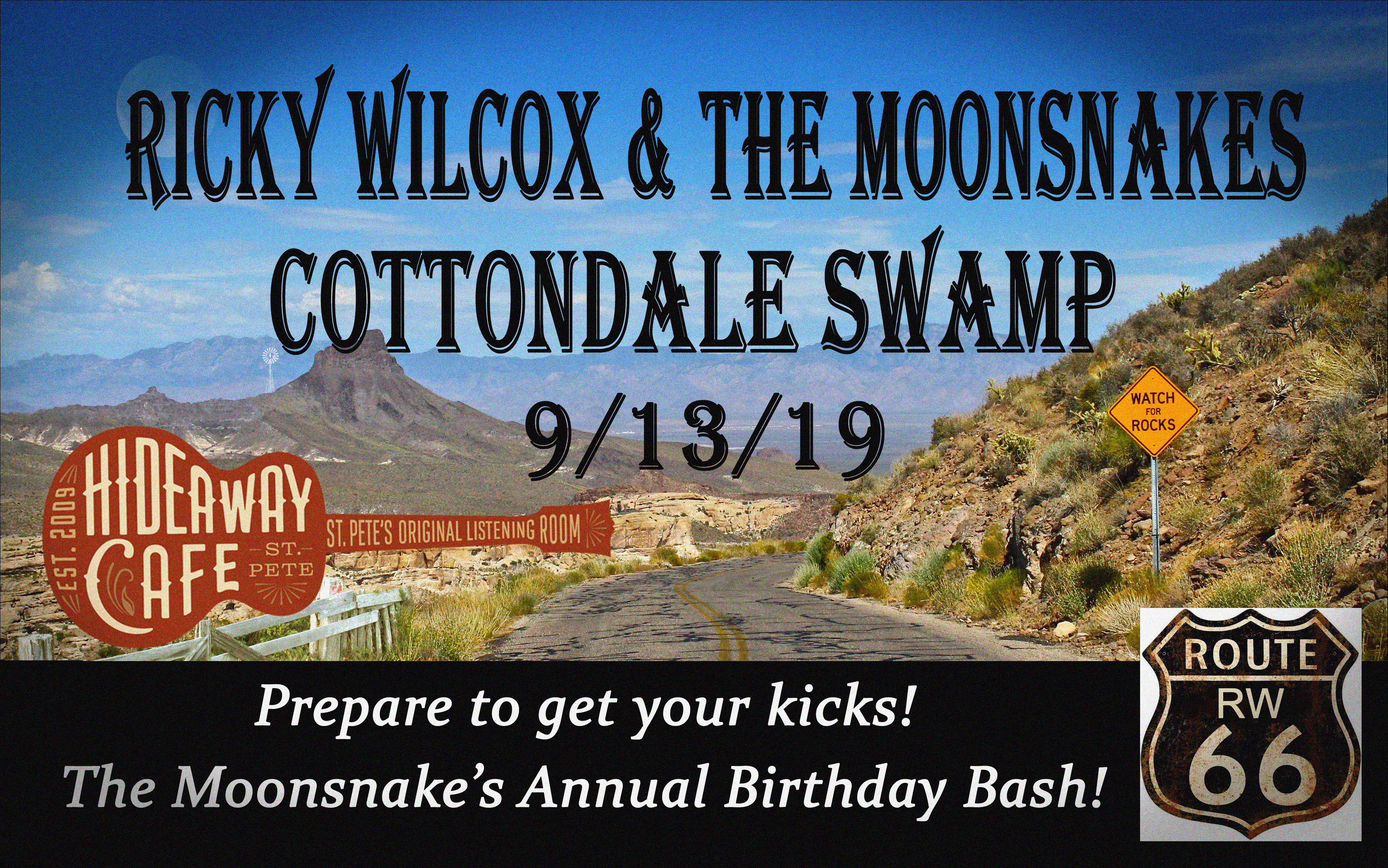 Ricky Wilcox and the Moonsnakes play their annual birthday bash at the Hideaway with special guests Cottonwood Swamp!

Ricky Wilcox has played in some of the country’s most iconic bands including Chicago’s D’Thumbs, national recording act Theatre, and Florida’s notorious Deloris Telescope, and has toured Japan, Germany, Canada and much of the USA. Ricky is a double Jammy Award winning drummer, and also a multiple Tampa Bay Music Awards winner as a member of DT, as co-writer/producer/and multi-instrumentalist. Adding to an impressive discography dating back to 1980, Ricky has now released 4 solo rock/power pop/Americana projects eponymously and as RW and the Moonsnakes, fronting and playing guitar for a collective that has featured some of the most prominent names in the Tampa Bay area over the band’s 15 year span.

"St. Pete’s Ricky Wilcox is an accomplished pop-rock singer- songwriter whose unusual credits include a featured song on the ABC soap All My Children and a blink-and-you-miss-it cameo in The Punisher movie...Wilcox and his band of Moonsnakes play Midwestern power-pop, soul, country and early ‘80’s British pub rock tunes with effortless harmonies. They contemplate the wonders of love and spaceships, too..." Tampa Bay Times

Cottondale Swamp celebrates the back roads, small towns and seedy underbelly of Florida. We write songs with lyrics that reference the people, places and uniqueness of our southern most state.