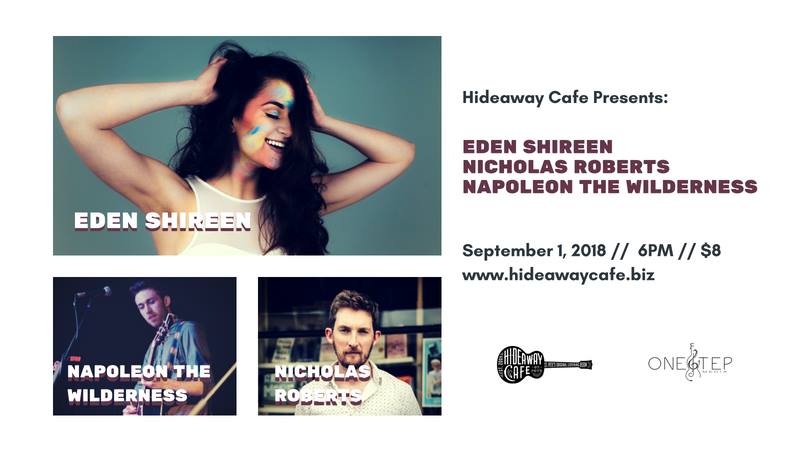 Nicholas Roberts
Nicholas Roberts is an indie-pop musician based in Orlando. FL. After leaving a corporate job in June 2017 to pursue music, Roberts began writing and releasing a new song every month. Since then, he's amassed over 750,000 streams and secured placements on various MTV, ABC, and Netflix shows. He is currently on tour in support a new EP called STILL BELIEVE.

Eden Shireen
Eden Shireen has written her own narrative in the music industry by expressing her own melodic storytelling with an eclectic blend of pop, indie and folk. The 21-year singer songwriter from Land O’ Lakes, Florida is capturing audience hearts with her freshly scripted lyrical tales of heartbreak and young love. Noted in recent area press as an up and coming young artist to watch, Shireen’s popularity has been on the rise since she became a 2015 Florida GRAMMY Showcase finalist and the headliner of the Eden Shireen Live in Manila, Philippines tour.