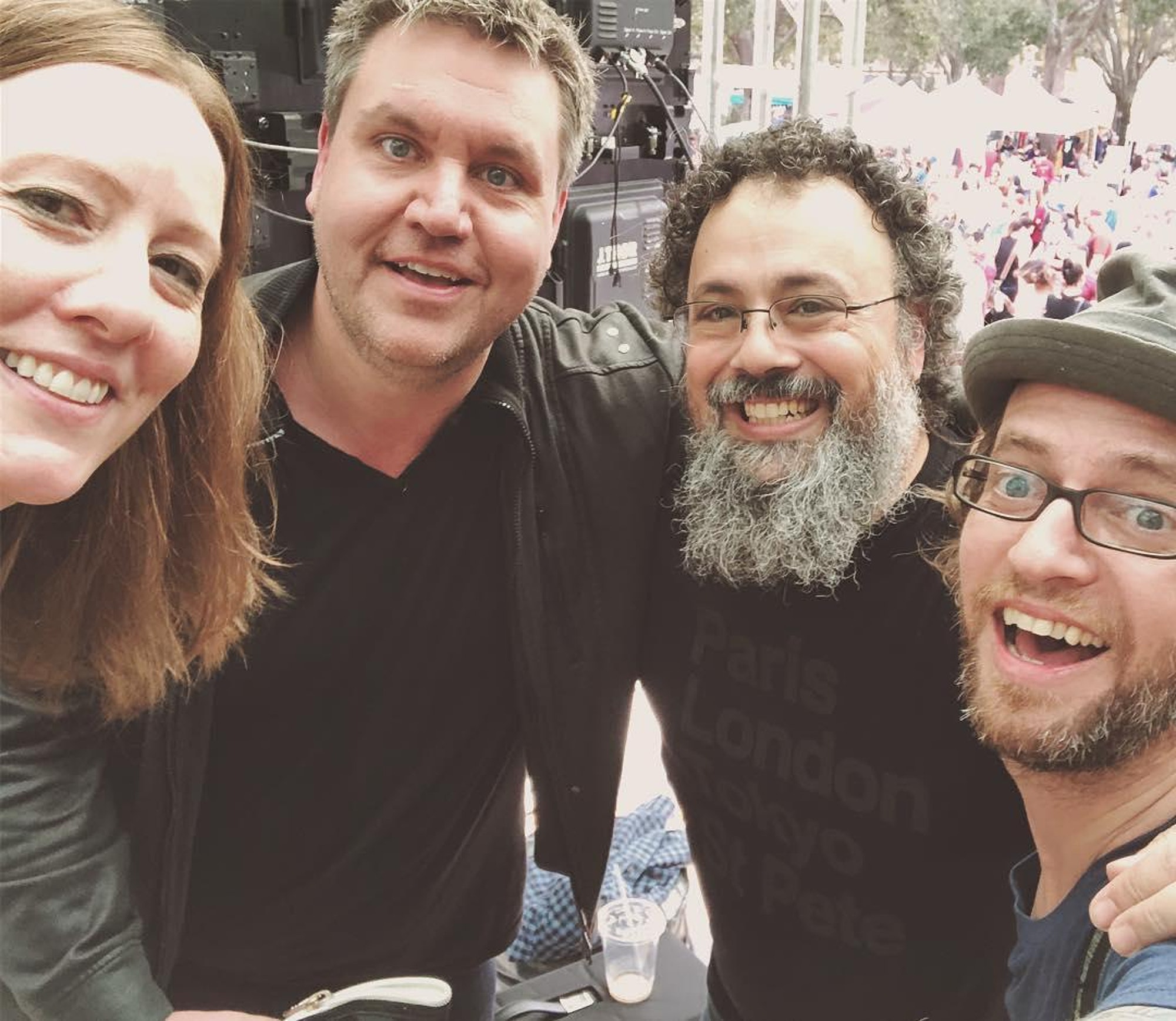 Rebekah Pulley and her guitar took up residence in St Petersburg, Florida in the spring of 1990. Shy at heart, she started building up her stage skills and courage by regularly performing at local open mic nights. Rebekah further honed her craft as well as her fan base by playing her original songs at venues ranging from intimate coffee houses to large festivals across the southeast. The blooming singer-songwriter has since matured into an accomplished performer.

Rebekah’s melodies are a rootsy blend of soulful, southern folk. Her natural home is now on stage both acoustically and with her band, The Reluctant Prophets. A lover of lyrics, hers are insightful and heartfelt, and she sings them with a voice that is equal parts bourbon and honey. Rebekah has recorded four full length Cd’s. Each one contains it’s own blend of tough but tender songs reflecting heartache, love, self-discovery and the nature of the world around her.

Rebekah was raised in a musical household with her nine siblings in the rural countryside. A self taught guitarist, she gained an ear for music by listening to her father practice and perform his pre-rockabilly style of music. He played with country greats such as Charlie Ryan with whom he recorded the original version of Hot Rod Lincoln.

A songwriter who is eternally compelled to challenge herself as an artist and musician, Rebekah continues to write and record great music. Her unique combination of skilled songwriting and powerful stage presence has earned Ms. Pulley a place in the hearts and CD players of fans and critics across the nation. Rebekah has earned five Best of the Bay awards from the readers and editors of Creative Loafing. That publication has described her live singing as “both technically spot-on and emotionally devastating. It can drop your jaw and break your heart.”

ACCOLADES:
”One of the most graceful records of the past several years.”
- Dave Marsh, Rock and Rap Confidential