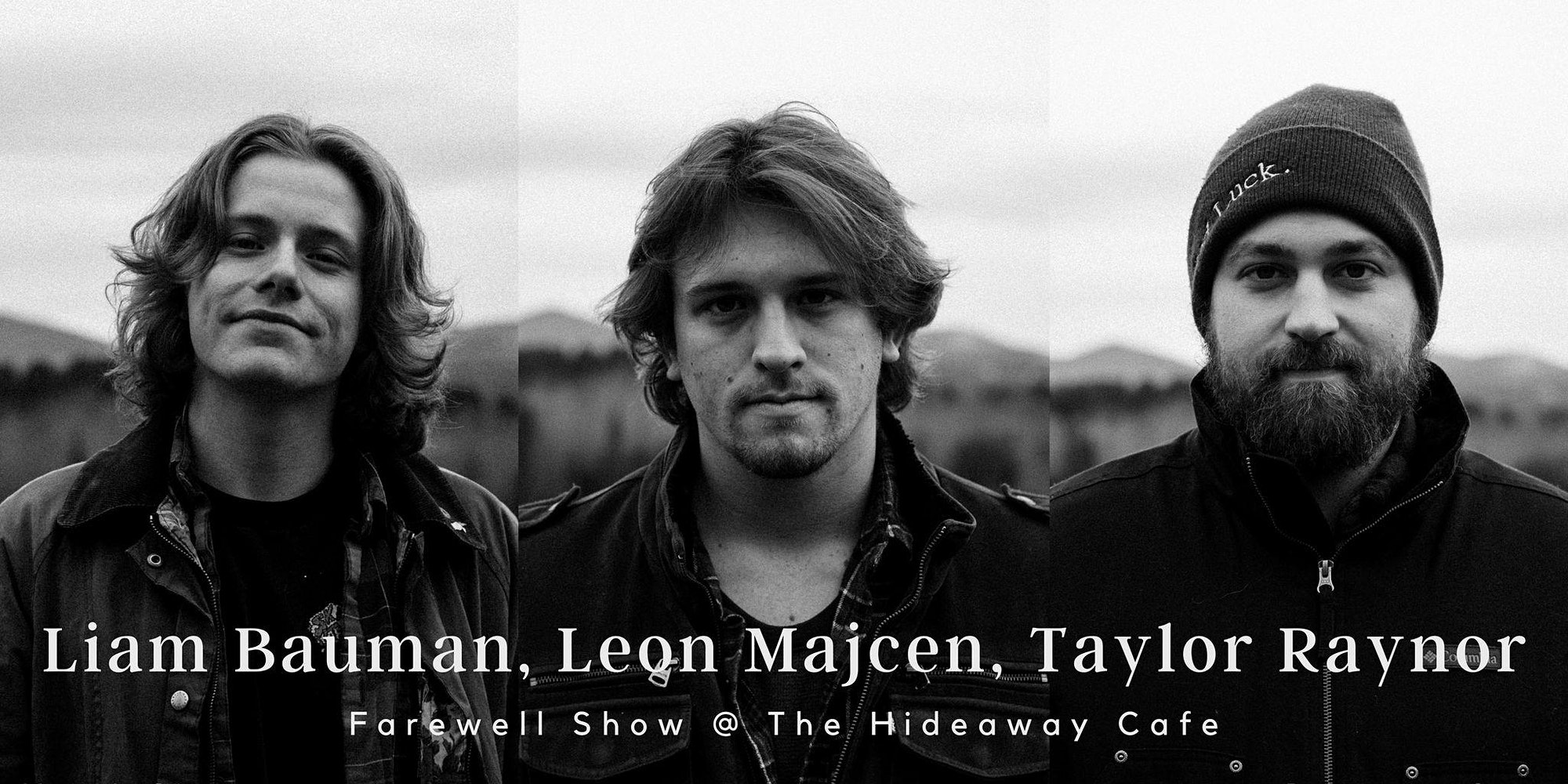 Liam, León and Taylor Return for their last show before their big move.

Leon Majcen grew up in the town of Clearwater, Florida. He picked up the guitar at the age of nine and got his start playing open mics at local bars and coffee shops. Naturally inspired by the lyrical genius of artists like Bob Dylan, John Prine, Johnny Cash and Townes Van Zandt, Leon developed an affinity for songwriting and chose to live life with a pen and paper in hand.

Liam Bauman St. Petersburg, Florida. Follow. Liam Bauman's music blends deeply introspective lyrics into ethereal dreamscapes, transporting listeners to a place of warmth and self-reflection. This is acoustic guitar-driven folk music at its core, but masterful production elevates the songs to something more.

Taylor Raynor is a Tampa based producer, songwriter, and multi-instrumentalist. Raynor's influences include Leonard Cohen, Conor Oberst, Nick Drake, and Sun Kil Moon. With three albums and plenty of touring under his belt he has become a staple of the Florida music scene.