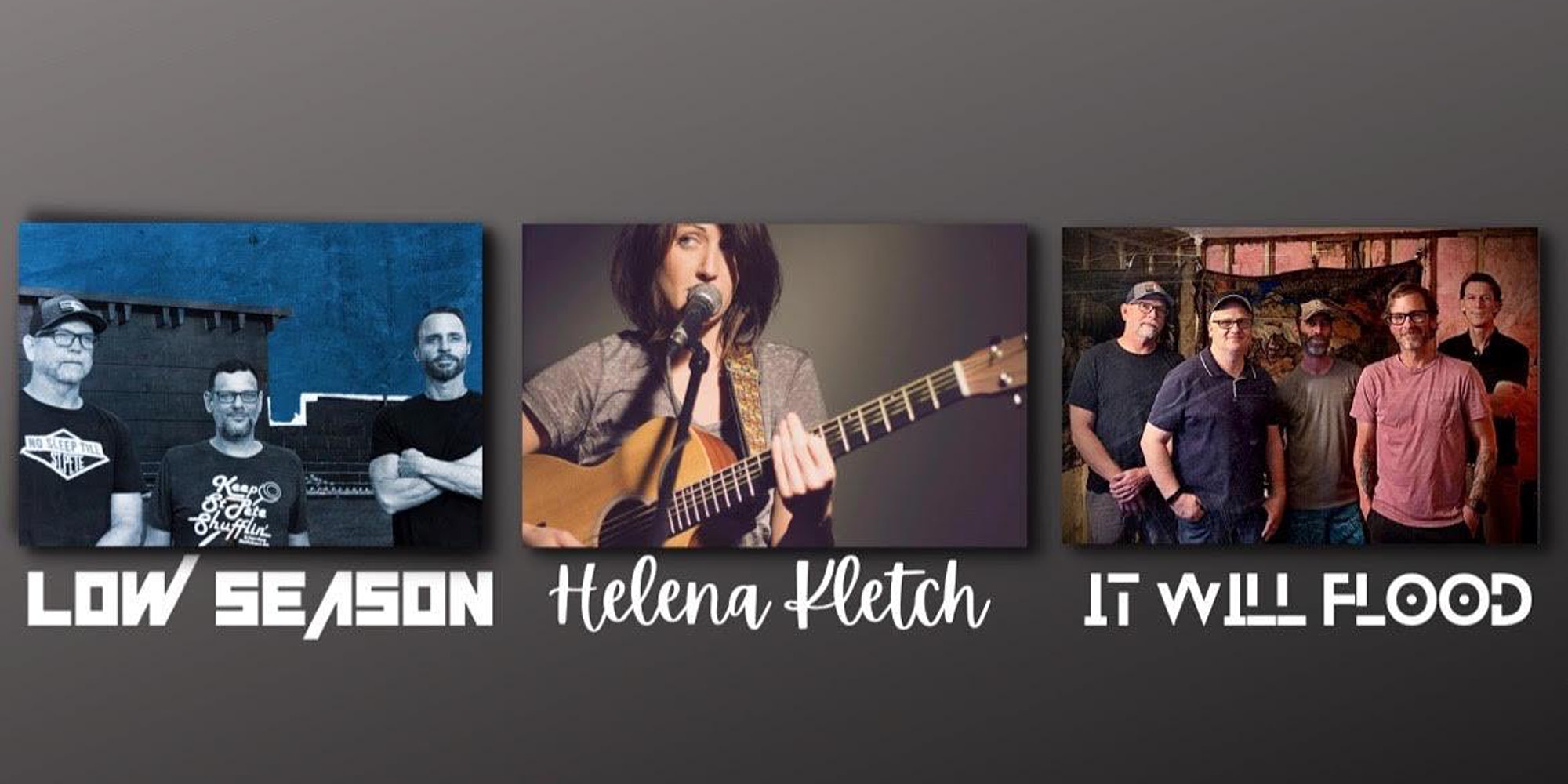 It Will Flood, from St. Petersburg, Florida, are new to the scene but include members who have played in some notable Tampa Bay bands like Helium Bomb, Fowler’s Bluff, The Boats, and Low Season. Although their music would be categorized as “indie rock”, It Will Flood fuses a variety of musical styles giving them a truly unique sound ranging from as Divide and Conquer states “beautiful dark and moody midnight section[s]” to unpredictable “anthemic epic celebration[s].” Their EP “Ghostlike & Rambling” was just released on vinyl.

Low Season, a punk rock trio from St. Petersburg, Florida, has a proven formula for writing quick, melodic songs that do not sound like many other bands. On January 29th, Low Season will be playing an acoustic set with special guests Helena Kletch and Todd Tedder.

Helena Kletch is a singer-songwriter from Tampa, Florida. Her singles “Baby” and “I’ll Be Your Girl” have been featured on ABC's hit TV show “The Fosters”, and she has opened for artists such as Grammy Award-winner LeAnn Rimes.

Todd Tedder is well-known for being the lead singer and trumpet player for Helium Bomb, a local band that included “crashing, hypnotic, mildly psychotic and utterly unclassifiable passages that incorporated everything from world beats to a patented anthemic tidal surge.”