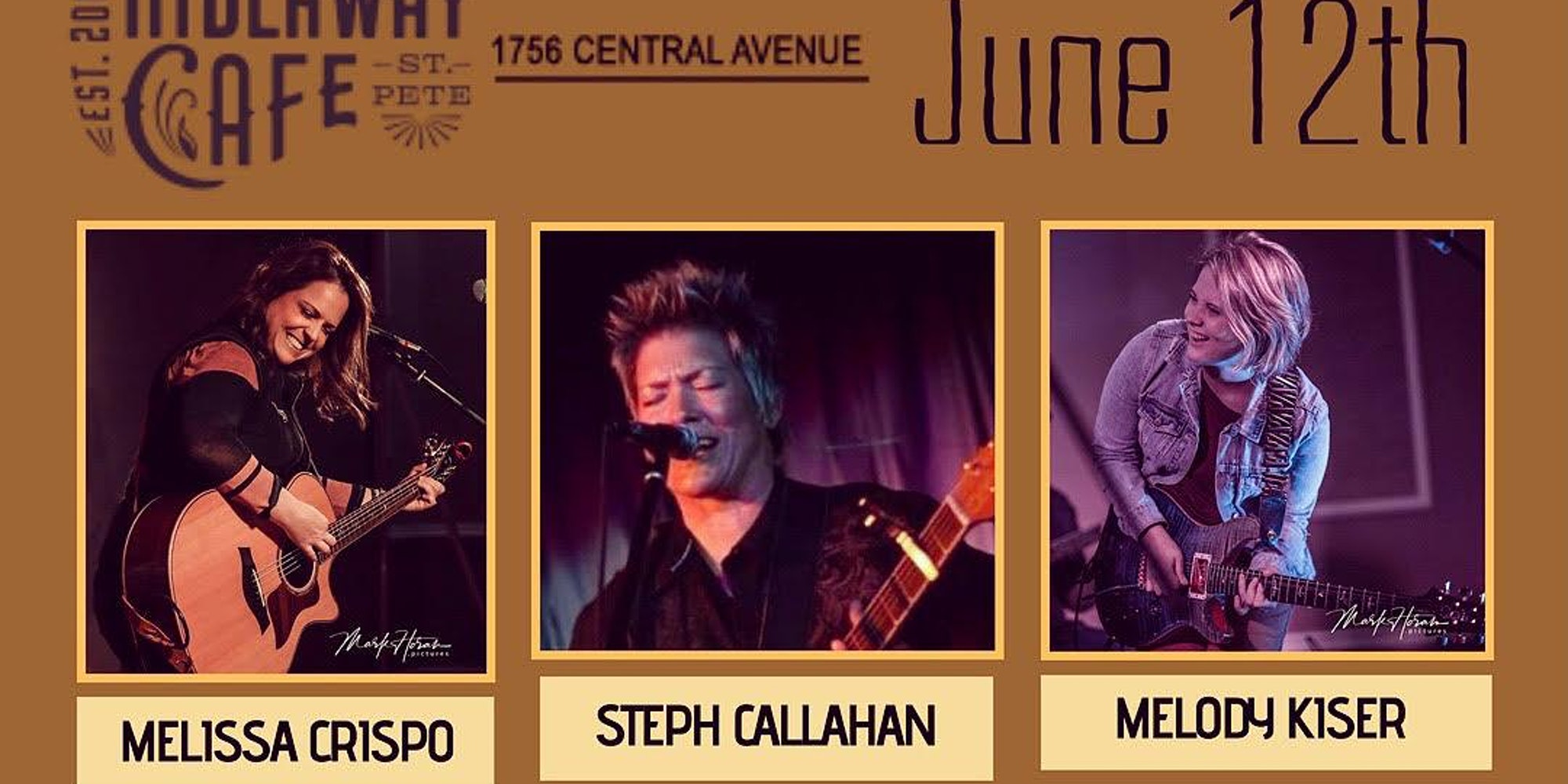 You know her as the other half of the very popular duo Halcyon; Steph Callahan is no stranger to the St. Pete area. Whether she is performing w/ Halcyon, other local artists or solo, she continues to be an absolute fan favorite.

Melissa Crispo
Singer-songwriter, Melissa Crispo knew from the age of five that she wanted to be a musician. She was already singing into her hairbrush after all. "My cousins would ask me to play dolls and what not but all I could concentrate on were the drums in my uncle's garage," she said. "It went from drums to guitar to piano. Every instrument out there would turn my head as a kid. I couldn't NOT do it. I had to pick up every instrument I would see. That love for playing music never went away.”
S.S.A’s 2017 Songwriter of the year, Crispo has opened for acts such as Styx, Sophie B. Hawkins & Jefferson Starship. Her fan base grew significantly after performing on the last 3 Melissa Etheridge Cruises. From there, things began to change for the New York red neck tomboy who now resides in Orlando.
From the very first recording to the present date in order, Crispo’s music is like reading her diary; a diary that many listeners tend to relate with. Her latest album, The 5th Stage released in early 2019, invites us into the next season of her life where there is less heartbreak, and more love. But no worries though, you will still hear the same feisty Melissa Crispo shining through on a couple of tracks.
Melissa is currently in the studio working on her 4th album set to be released OCT 2021! She will be joining Melissa Etheridge, Jewel, Shawn Colvin and more in November for the 4th Melissa Etheridge Cruise.

Melody Kiser
Melody Kiser is a native Atlanta guitarist, whose soulful singing voice and guitar talents have made her one of the most sought out talents in the area. Melody began posting videos on YouTube at the young age of 12 and laid the foundation for an international community of fans. Melody has performed with members of Journey, Steppenwolf, Boston, Toto, Santana, .38 Special, and Lynyrd Skynyrd and was a featured artist on the 2018 and 2019 Melissa Etheridge Cruises. Melody is currently working with Collective Soul’s Will Turpin to produce the second album from her band, HeyDreamer.