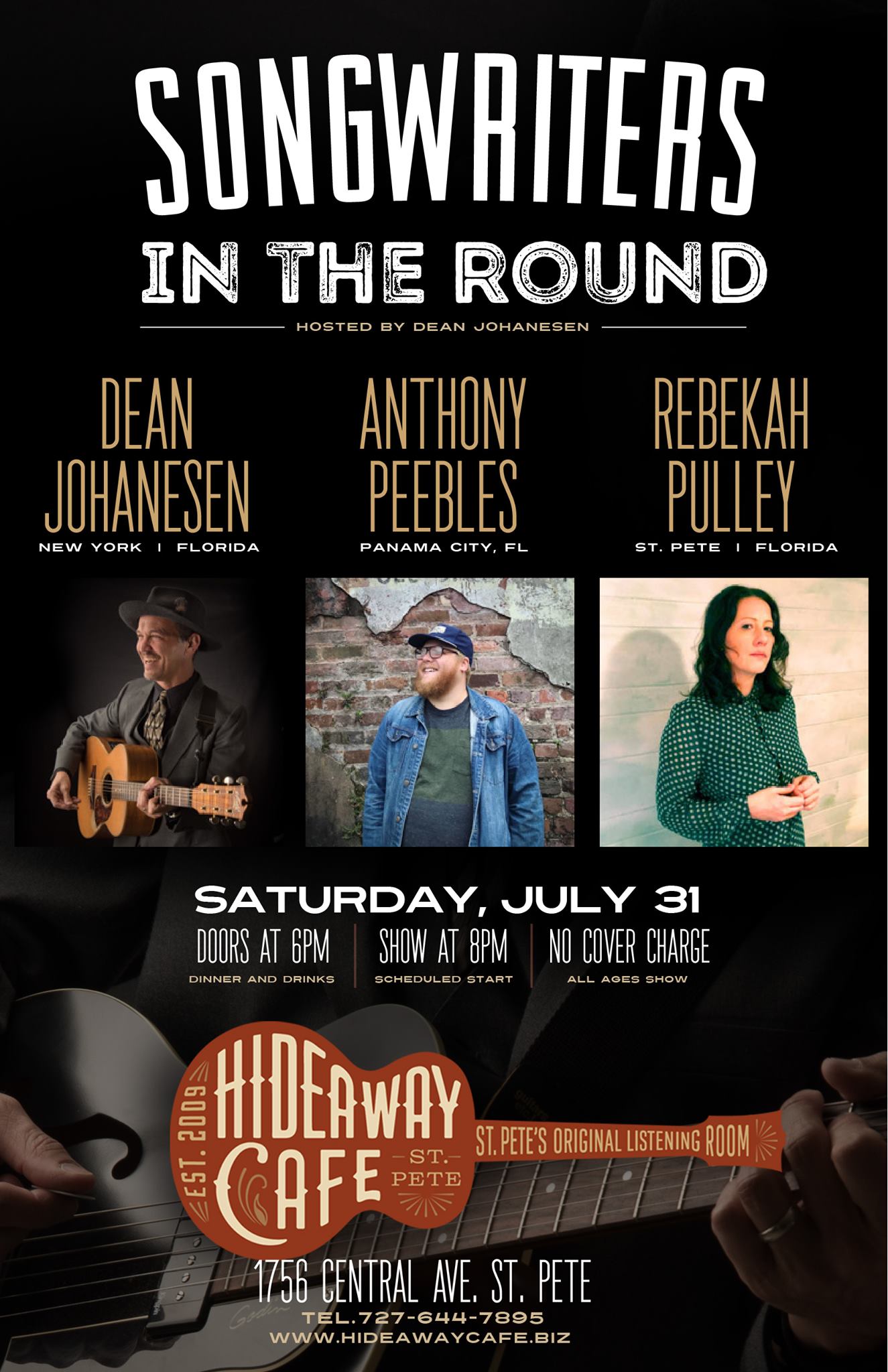 Hideaway Cafe & Dean Johanesen host - Songwriters - Round Robin and In the Round.

Round Robin or - Solo sets from each songwriter will kick the night off followed by an In The Round set to close out with all 3 writers sharing the stage together taking turns performing.

This will be an original songwriter showcase at St. Petes only listening room, The Hideaway Cafe.

With an enviable ability to break your heart and shake your soul with her songs, Rebekah Pulley has earned a fruitful living in a diverse setting of house concerts, bars, coffeehouses, and festivals around the globe while garnering eight 'Best Of The Bay’ awards from Creative Loafing. Rebekah’s songwriting taps roots-rock, blues, old-school country & western, jazz, and gospel to become a must-have for discerning music fans.

A native of the northwest Florida panhandle, Anthony Peebles has the gift of an expansive range and tone which goes from pure and soothing to soaring and edgy.

In 2015, Anthony signed with First Note Entertainment, and spent the next year recording with Grammy-nominated producer Dave Brainard.

Having recently opened for multiple national artists, Anthony is an artist fast gaining followers across the south. This year he has had placements on ABC’s Grey’s Anatomy as well as NBC’s Council of Dads.

Inspired by his love of Gypsy Jazz guitarist Django Reinhardt and novelists that utilize histories past for story content (Sara Gruen, Erik Larson, etc), Johanesen set off on a path to write original swing influenced music that brought the buried jewels of truth, stranger than fiction, to light in song.
With the regionally unique backdrop of Sarasota and it’s Circus History the outcome of these inspirations culminated into a style that Dean has coined “Circus Swing Music.”
Johanesen’s 3rd solo record titled “Cautionary Tales” is slated for release in 2021.

Doors at 6pm for dining and drinks
Music Starts at 8pm.