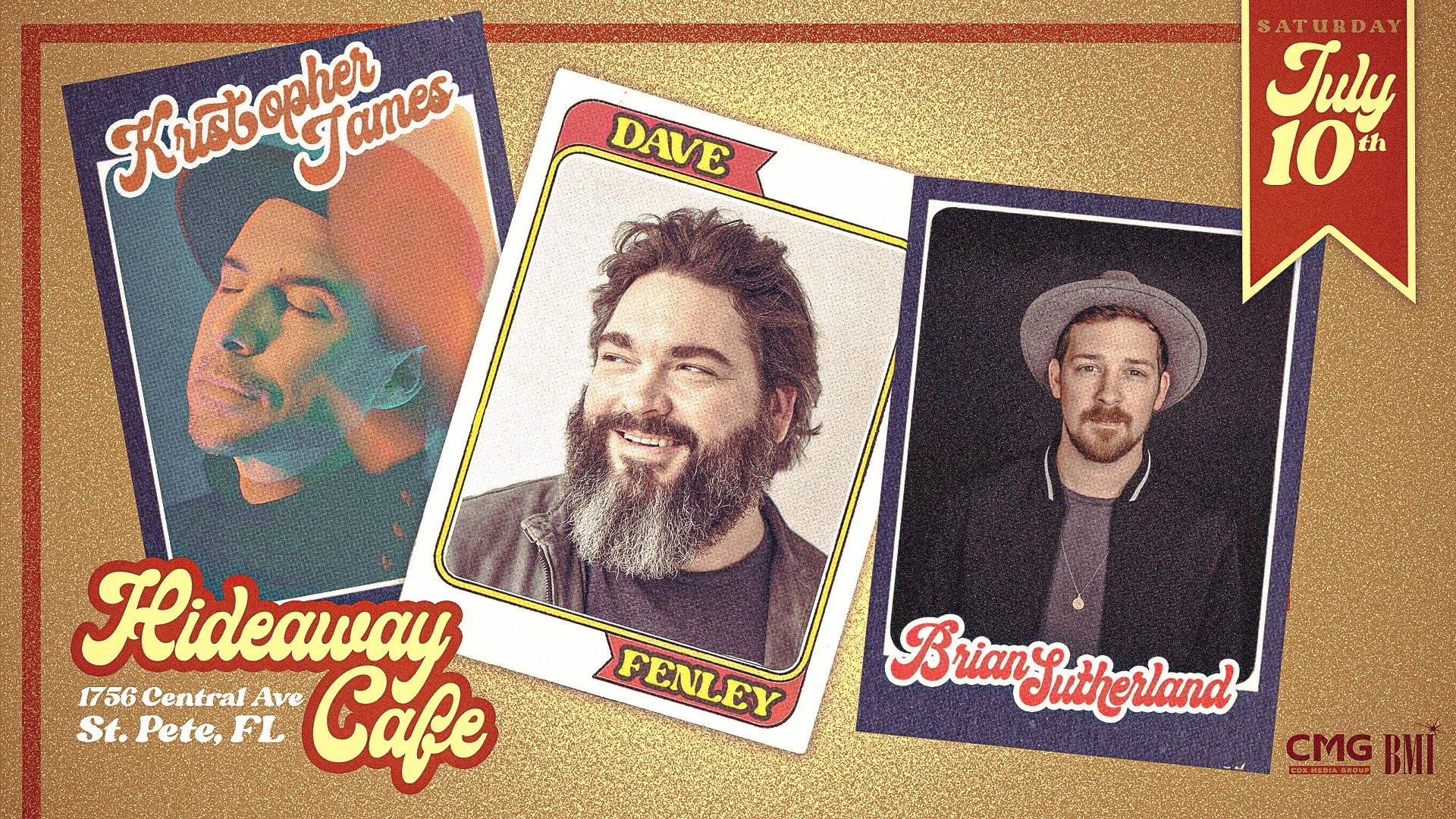 Join us in welcoming Dave, Brian & Kristopher back to the stage at the Hideaway Cafe.

Brought to you by Cox Media Group, BMI, Downtown St Petersburg Songwriters Festival and the Hideaway Cafe, this evening is sure to be one for the books.

You’ve probably seen Dave Fenley before. Between the semi-finals and top 10 on America's Got Talent and The Voice, Dave has toured with Miranda Lambert, Dierks Bentley, and Justin Moore. Most recently you can find him blowing up on YouTube where he’s been amassing a very large and dedicated following. With over 25M views and 200K subscribers, Dave is quickly becoming a household name.

Brian Sutherland is a multi instrumentalist and songwriter from Nashville, TN. His style is a mix of Jason Mraz, Ray Lamontagne and Sean McConnell. Brian's been on the road with a diverse roster of talent like Michael Ray, Paramore, The Frontmen Of Country and The Beach Boys.

It wasn’t until he sat behind a drum set, fueled by teenage angst, that Kristopher James began his musician’s journey. From there, he taught himself guitar, piano, and bravely - how to sing. What is seen now, on intimate stages, like the iconic Eddie’s Attic in Decatur, Georgia, to theater stages, such as the Capitol Theater in Clearwater, Florida, is the concentrated influences and earnest emotional exposition that solidify Kristopher – as an Americana-Soul force to be encountered and experienced.