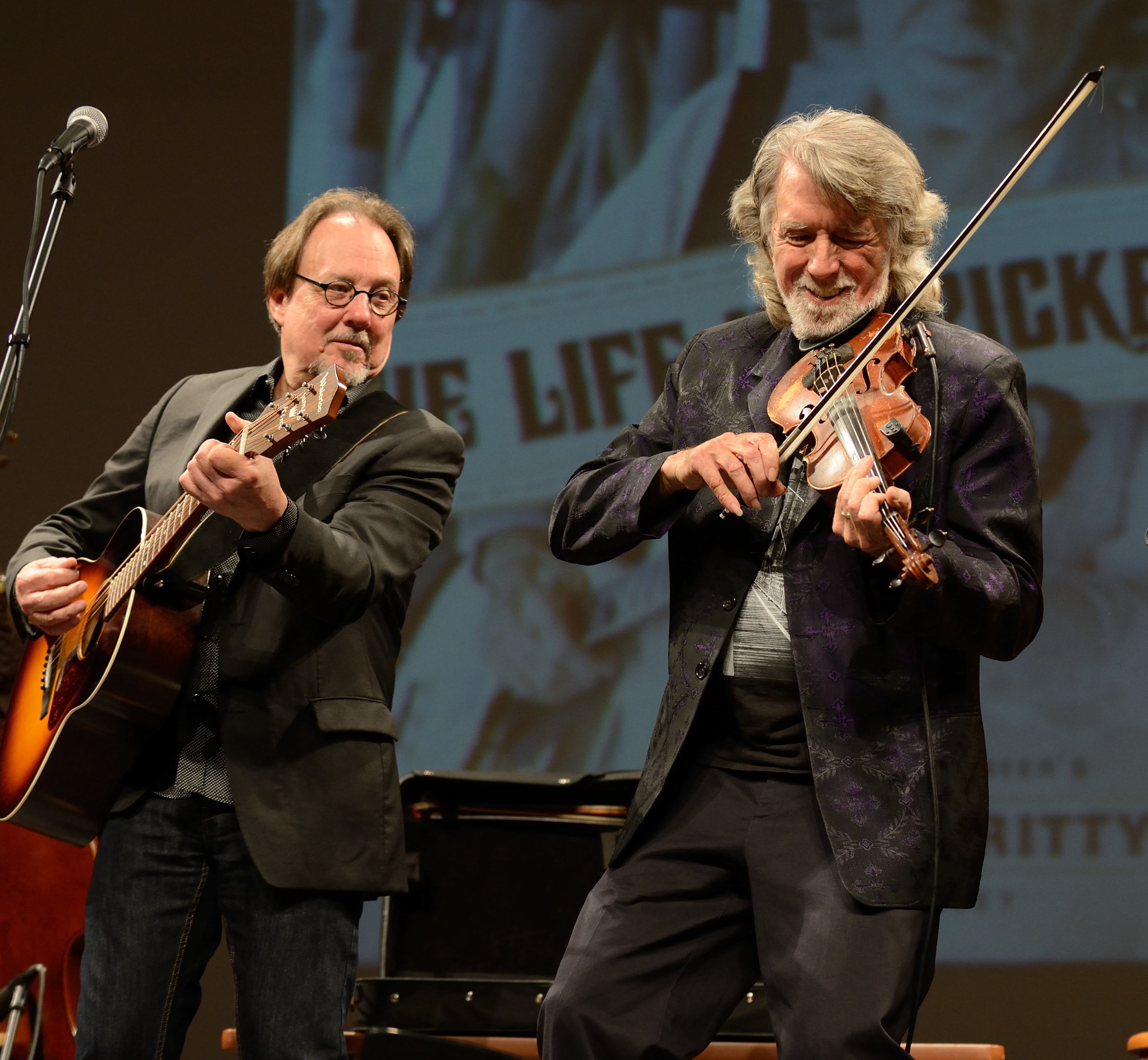 Join us in welcoming John McEuen of the Nitty Gritty Dirt Band back to the Hideaway Cafe stage on Sunday, January 6. Joshua Reilly will open up the show.  Doors open at 5.  Show starts at 7.

John McEuen, a founding member of the Nitty Gritty Dirt Band and multiple Grammy winning artist, returns to the Hideaway Café with his banjo, guitar, mandolin, fiddle AND a special guest –NGDB alumnus, John Cable. (Cable was in the band when they became the first American band to tour the Soviet Union in 1977). Playing a broad spectrum of roots, bluegrass and music now called Americana, multi-instrumentalist McEuen says “after doing 100 dates around the country last year it is great to start the year close to home in one of my favorite clubs. The sound at the Hideaway is great, and it is a place to try out a few new songs and dig up some old NGDB ones you have probably never heard.” An established name in acoustic music, his production of Steve Martin’s The Crow won the Best Bluegrass Album Grammy, and McEuen was recently was honored with the “Best in the West” solo award from the Folk Alliance.

McEuen says: "… my former Dirt Band-mate is one of the finest singers and guitarists I know. We’ll do our favorite NGDB music, and a lot of the eclectic roots of those branches. He has a song that knocks people out and brings tears to many – then we kick it up a notch after.”

Also joining this unusual night will be new hot picker Florida mandolinist John Hoover. John and Hoover have musically met at McEuen’s music parties at his Manatee River lodge. Also, harmonica legend T.C. Carr says he is dropping in for a few of the blues tunes – as well as some bluegrass harp like no other can do.

McEuen has made over 35 NGDB albums, including the landmark platinum-selling Will The Circle Be Unbroken he initiated following his teenage dream to “someday record with Earl Scruggs” (see the video link* to see that first time they met, in 1970 backstage in Nashville).

If you don’t know John McEuen, watch his short documentary/bio with rare historic footage about his lifelong pursuits: John McEuen - a life in music: http://www.facebook.com/video/video.php?v=1655057105992

In this unusual show you are invited during the show to ask John ANY questions you might have about his 50+ years in music and some of the people with whom he as worked... some of those artists include:

* First time John McEuen MEETING EARL SCRUGGS 1970, OCTOBER - What led to the Will the Circle Be Unbroken Shot by Bill McEuen on b/w video – at Nashville’s Vanderbilt University, 1970 https://vimeo.com/274189329