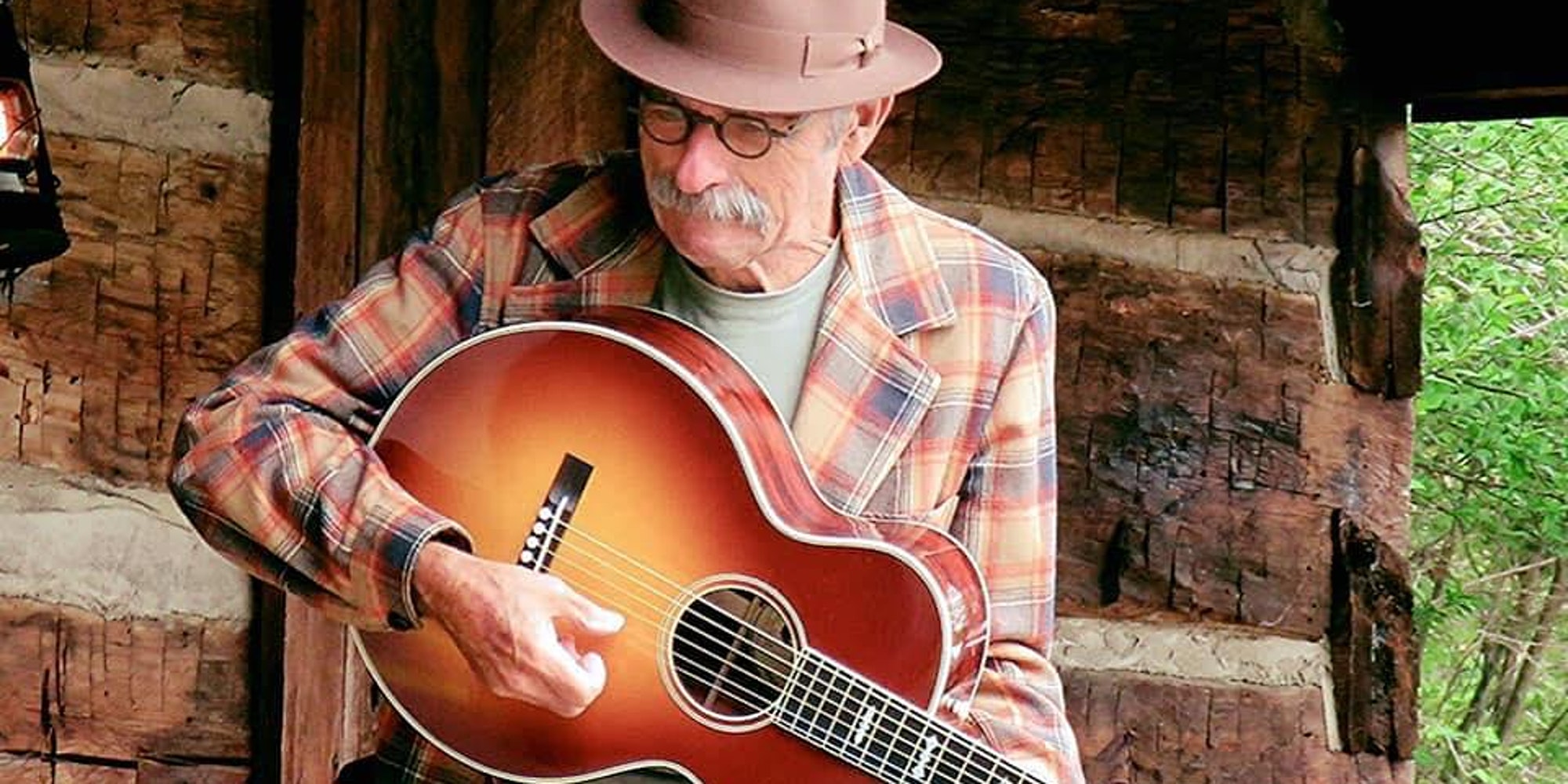 Doors open at 6pm
Music at 8pm
Musically, Roy Book Binder is equally difficult to fence in or categorize. His eclectic repertoire includes blues, country tunes, bluegrass, folk, and popular songs that originated on Tin Pan Alley.
He fantasizes that if he had been born 50 years earlier, he would have become a minstrel man. One of his musical heros, Dave Van Ronk, once described himself to me as a songster. That title might suit Roy as well, his music, a reflection of his long musical journey through the rich American cultural landscape of the last half of the 20th Century.