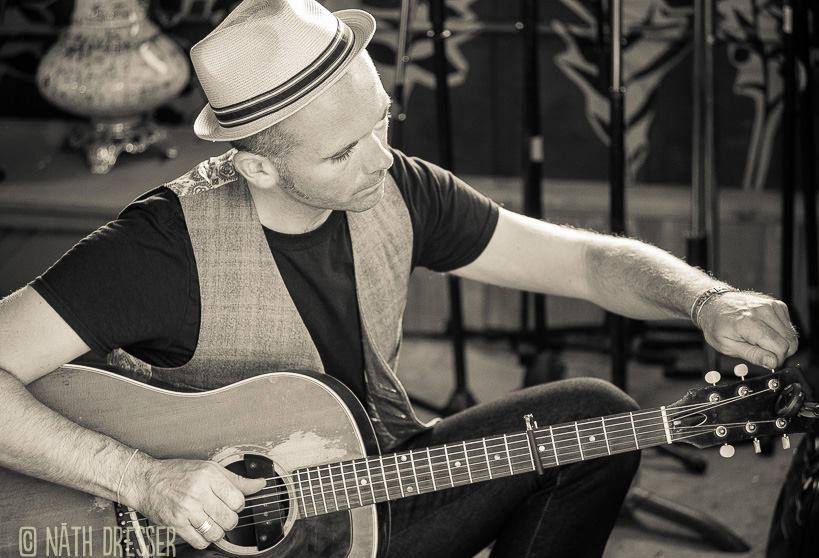 A little bit country, a lot bit North Dakota, a little bit blues, and a pretty good size bit Wisco. Don't miss Josh Harty's return to the HIdeaway Cafe stage! Josh Harty's unique blend of American music has become a must-hear for those who keep the tradition of country, blues and folk close to their hearts. Born and raised on the plains of North Dakota, Harty grew up playing shows across the Midwest with his father, a small-town police chief and preacher. The touring bug has never left Josh as he now continuously travels across Europe and North America. Harty is always looking for that balance between the rolling road and the people who inspire him, trading stories around kitchen tables and theatre stages. His live shows prove that good storytelling combined with journeyman musicianship is as American as music gets.

"Josh Harty is a mid-West, singer-songwriter with a keen eye, observant lyrics and a fine, driving guitar-style that pulses with feeling and fire. . .Harty's fretwork is crisp, zingy and always compelling, catching you unawares almost with hints of traditional country in the mix; Chet seems to hang in the background balance at times, followed by ole Doc Watson before he twists the tail, snapping free with a trace of Knopfler at his best and a clear grip of the very fundamentals of good quality modern country music/ Americana.. . . "  -Elmore Magazine

". . .no one's been behind the plow longer, works harder, or writes a better lament than Josh Harty." -NoDepression