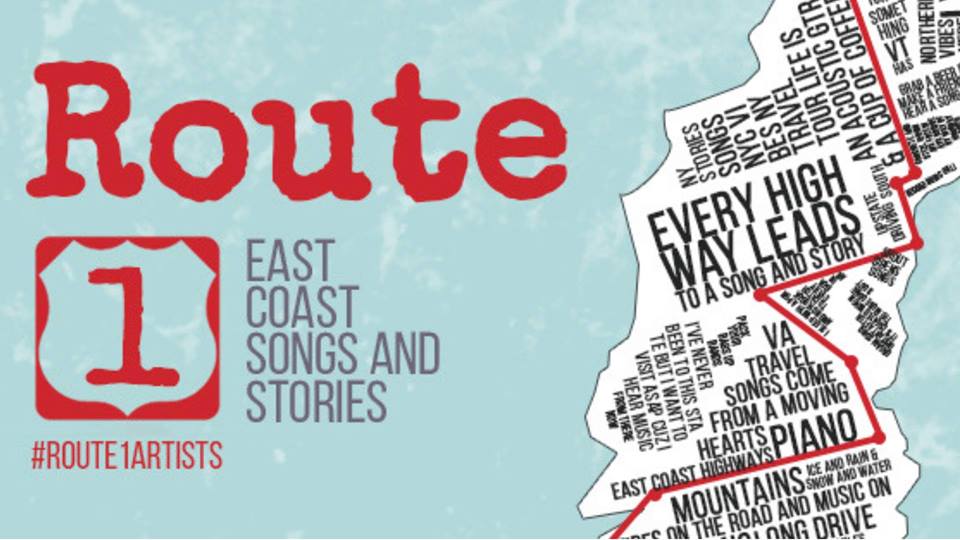 Presented by Route 1 and One Step Media

Route 1 is a digital content platform and music collective designed with musicians in mind, to help them share their music and talent with audiences. The idea was born out of a mutual passion for helping artists succeed as well as combined experience in promotion, booking, and venue management.

Caitlin Mahoney
Caitlin is an independent New York City-based singer-songwriter whose voice has been praised as “powerful and soulful - a mix of Adele and Fiona Apple.” Her latest album, “story still left to be told” is an expression of Caitlin’s unmistakable drive to never lose sight of your hopes and dreams. Released in September 2017, Caitlin recorded “story still left to be told” at The Creamery Studio in Greenpoint, Brooklyn. The album's release highlights and celebrates other female creatives in addition to herself, featuring collaborations with female music video directors, graphic designers, photographers, and visual artists. A portion of all her album and merchandise sales are donated to She Should Run, an organization committed to encouraging more women to run for elected office.

NY Magazine said, "Cutler’s music harkens back to a simpler time, blending rock, folk and pop and taking cues from classic artists like Pink Floyd, the Beatles and the good old ’90s alt-rock of his childhood.” Last year he traveled to SXSW, rocked the MainStage at Brooklyn’s Northside Festival and performed live on WMNF 88.5.

His new record “Bring Closer the Distance" tells more vulnerable, personal stories. Including a tribute to his stepmother, (in a song called “Judy”) who disappeared from his life when he was twenty one years old.

Jariah Higgins
Jariah Higgins is an emerging singer-songwriter based in Tampa, FL. His signature combination of soulful vocals, beatboxing, and looped vocal harmonies have been showcased on a regular basis on 102.5FM The Bone and on stages throughout Tampa Bay.

The youngest of five children, he was raised as a preacher’s son in a musically gifted home, and he performed all over the United States throughout his childhood. He released his first acoustic EP ”Locked” in 2018.