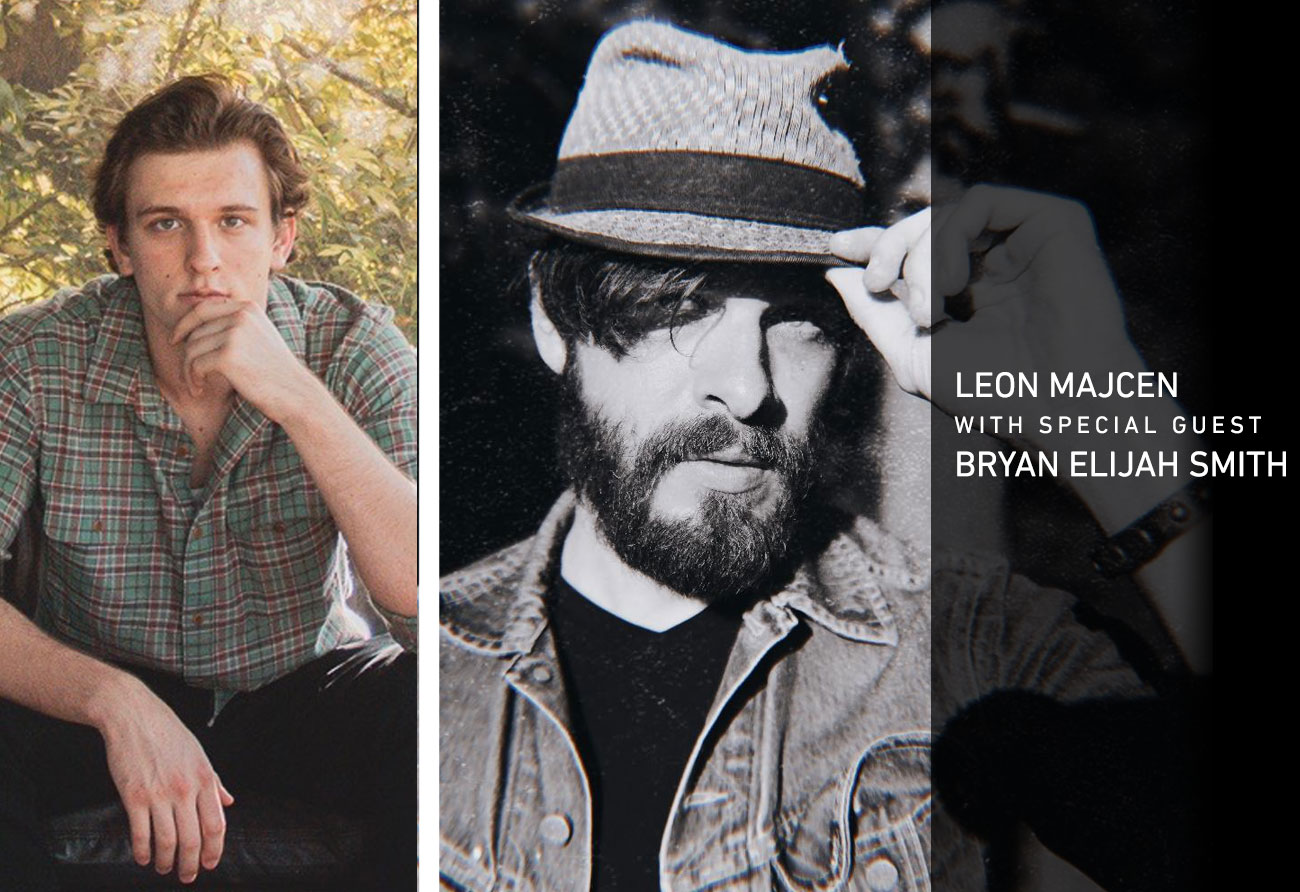 Doors open at 6. Show starts at 8.  $12.
LEON MAJCEN
A child of Bosnian refugees, Leon Majcen grew up in the town of Clearwater, Florida. He picked up the guitar at the age of nine and got his start playing open mics at local bars and coffee shops. Naturally inspired by the lyrical genius of artists like Bob Dylan, Johnny Cash and Townes Van Zandt, Leon developed an affinity for songwriting and chose to live life with a pen and paper in hand.

In April of 2016, his single “Love and Misery” made its way onto SiriusXM’s The Coffee House Channel and captured the attention of folk music lovers across North America, helping him build a nationwide fan base. Following a couple of tours in 2018 and 2019, those long hours spent in a van on a cross country journey ended up being the fuel behind the lyrics of his new album, Back ‘till I’m Gone, an artistic creation that was recorded with the help of a good friend and producer Andrew Boullianne at Lala Mansion Recording Studio in Tampa, FL.

In 2018 he decided to leave his hometown to pursue a music degree at New York University, completely absorbing himself in writing songs that capture the triumphs and heartaches that come with leaving home and hitting the road. In his own words, “songwriting is the only way to make sense of the world around me, especially when you’re thrown into a place like New York City where there’s so much going on. I was faced with the option to either go about the change by escaping my mind and troubles or using my troubles to create something worth sharing.”

Links:
https://www.facebook.com/leonmajcen/
https://www.instagram.com/leonmajcen/
http://leonmajcenmusic.com/
BRYAN ELIJAH SMITH
Bryan Elijah Smith is based out of the Shenandoah Valley in Virginia. With over 1,000 songs penned & 11 independent releases, Smith is creating a self-produced legacy that began with his first song at the age of 18. The music cradles all things ‘Americana’ at heart & at hand without shying away from a truly uninhibited pop sensibility. Crossing a wide array of genres, what gets produced has been compared to the likes of everyone from Bruce Springsteen to Kings of Leon. Smith recently won 2nd place in the prestigious Chris Austin Songwriting Contest at MerleFest 2018 where he was 1 of 12 songwriters chosen out of 1,000+ entries. Smith is touring in support of his latest release ‘In Through The Dark’; currently available exclusively on Vinyl & CD. The song has also currently featured on the Netflix series “Virgin River”.
Links:
https://www.facebook.com/BryanElijahSmithandTheWildHearts/
https://www.instagram.com/bryanelijahsmith/
https://www.bryanelijahsmith.com/
SHARE