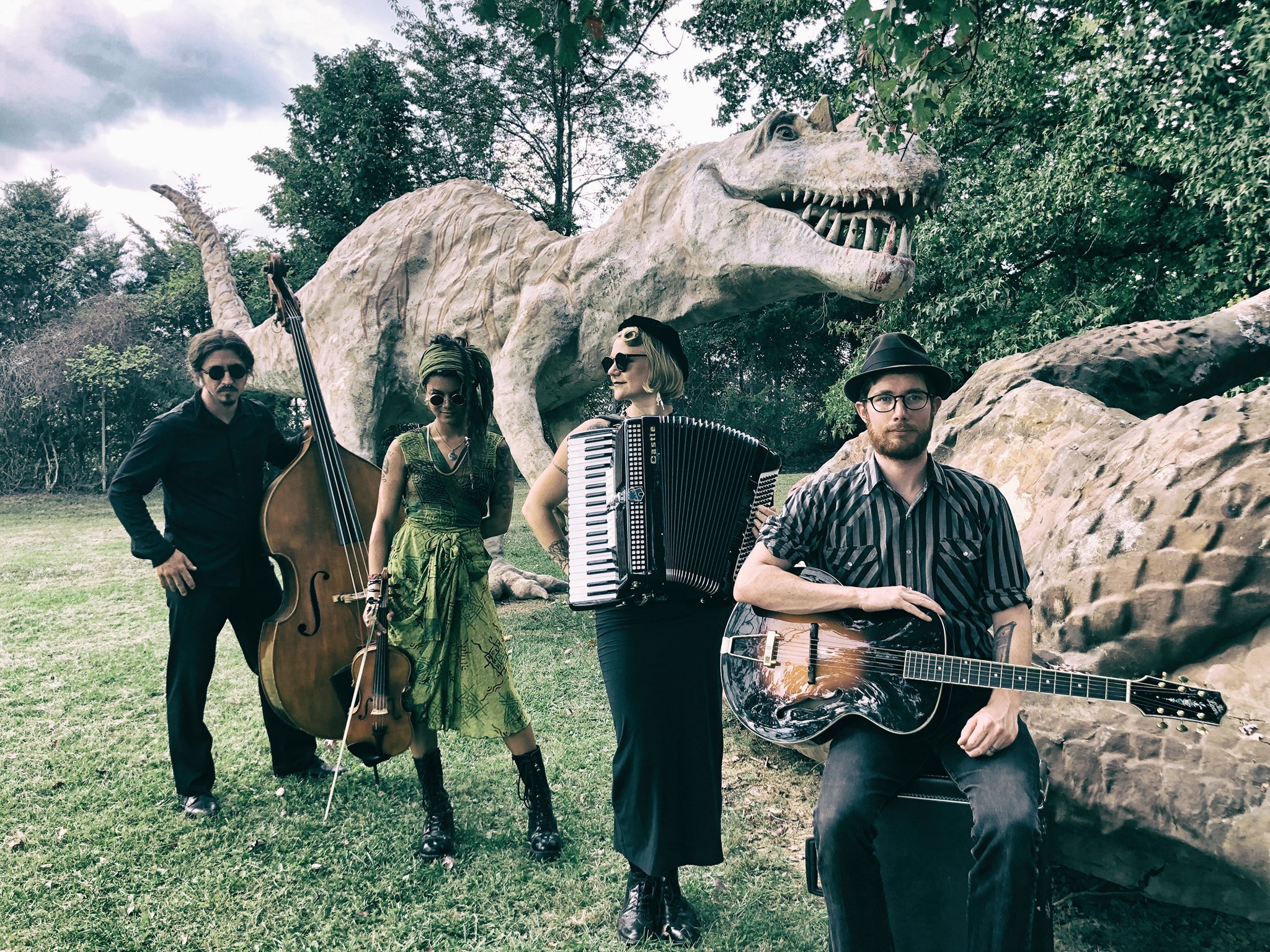 “American folk music has always had a populist perspective, a vision of music made by the people, for the people. Asheville, North Carolina roots band The Resonant Rogues know this well, for they’ve traveled the byways and highways of America, even crossed the water to Europe and the Mediterranean with instruments and songs in tow. Anchored by the songwriting duo Sparrow and Keith Smith, the Rogues have shared songs with train-hoppers in New Orleans, busked on the streets of Budapest, learned Turkish Romani dance in Istanbul, and marched in protest in the hills of Appalachia. Throughout, the stories they’ve heard and the people they’ve met have fueled their music, which abounds with influences like Eastern European Romani brass bands, New Orleans street jazz, old-time stringbands, Woody Guthrie anti-fascist folk, French jazz Manouche, and Middle Eastern rhythms. It’s not easy to pull off such a bold combination of genres, but The Resonant Rogues learned this music in person from the people who created it, so they have a tie to each tradition and a working knowledge of what this music means to the ordinary people that make this music every day. It’s a tintype view on the modern world,a cracked image that reflects the past through a prism of the future. –Hearth Music