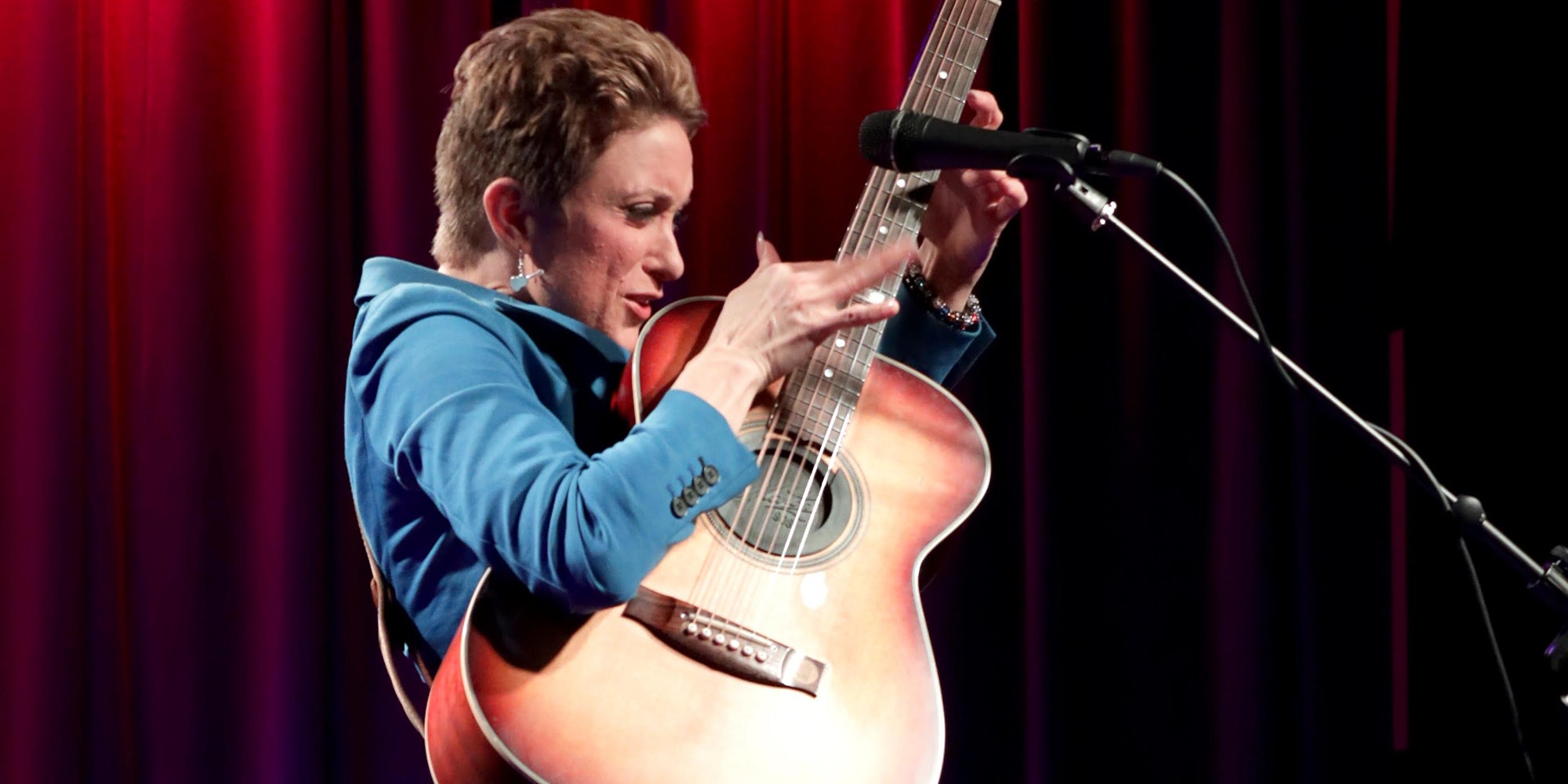 Chrisite Lenee had to cancel this show.  Stay tuned for a new date.  All tickets for this date will be refunded.

“Acoustic Guitarist of the Year” and renowned singer/songwriter Christie Lenée is more than a musician – she’s an experience. Symphonic compositions flow from her fingertips effortlessly, with sound ranging from transcendental folk-pop to virtuosic instrumentals.

Christie is often described as ‘Michael Hedges meets Joni Mitchell and Dave Matthews,” integrating melodic pop lyricism with catchy hooks and percussive, harmonic textures. Featured on the Grammy Museum’s virtual program streaming from Los Angeles, along with a variety of articles in Guitar Player Magazine, Acoustic Guitar Magazine, and the recent notability of “Best Acoustic Guitarists in the World Right Now” (Guitar World Magazine), Christie continues to awe crowds with the unique essence of her music.

Christie just completed her newest solo album “Coming Alive” which will be released in Spring 2022.

“Christie Lenée is a wonderful spirit making beautiful music on the guitar. She has epic compositions that take one on a journey through time.”
-Tim Reynolds, Guitarist for Dave Matthews Band

“… One of the most shockingly moving interludes we’ve ever had. It was more than the fluid, neck-tapping virtuosity. She seemed to radiate joy. “
-Craig Havighurst, Music City Roots, Nashville, TN. – Full Article: http://musiccityroots.com/blog/british-invasion/