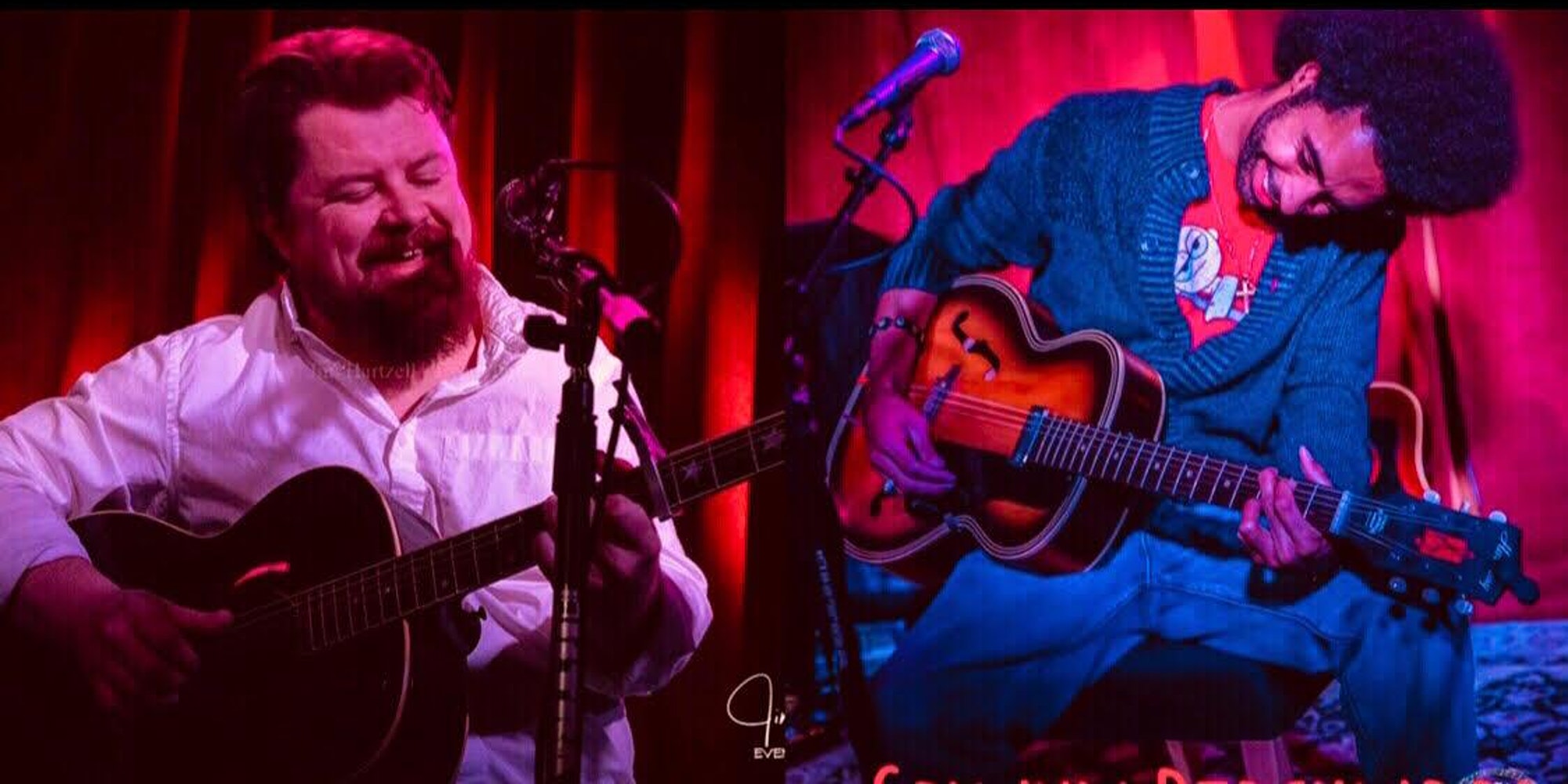 DAMON FOWLER
Florida’s Gulf Coast has produced a plethora of distinctive musicians, from the blues of Tampa Red to jazz greats Cannonball and Nat Adderley to former Allman Brothers guitarist Dickey Betts to The Outlaws. Tampa’s Damon Fowler, a masterful singer, guitar player and songwriter, has absorbed the best of and furthered the work of the region’s definitive artists. A hard driving troubadour, his music is steeped with soul and representative of the many styles that make up the roots of American music. He has gained the respect of his peers given his featured slot in Butch Truck’s Freight Train band and his side gig as guitarist in the Dickey Betts Band. Critics have compared Fowler’s guitar work to Johnny Winter and Jeff Beck, while his slide guitar is reminiscent of the late Duane Allman. Fowler can play fiery guitar runs with the best of them, and his lyrical work on lap steel and dobro makes him a stand out performer among the legions of guitar heroes. His new release, ALAFIA MOON, was produced by Fowler and George Harris (Cheap Trick, Rick Derringer, Brian Johnson—AC/DC), ALAFIA MOON, represents Fowler’s 8th solo release. combines all the influences that have shaped his distinctive blues career. On the strength of Fowler’s hybrid of roots rock, blues, and sacred steel, the Florida native started wowing audiences with his musical exploits as a teenager, building a reputation as one of the hottest young players on the scene. Adding songwriting and vocal skills to his repertoire over the years has brought him many accolades, with music journalists extolling his originality and maturity as well as his technical guitar expertise. All of these attributes have helped further define Damon Fowler as one of the great Southern artists of his time.

Groundbreaking young blues visionary Selwyn Birchwood will release his highly anticipated third Alligator album,
Living In A Burning House, on Friday, January 29, 2021. The rising guitar and lap steel player calls his original music “electric swamp funkin’ blues,” defined by raw and soulful musicianship played with fire-and-brimstone fervor. His gritty, unvarnished vocals draw his audience deep inside his unforgettable tales of love, passion, pain and pleasure. No other band on the current blues scene is built quite like Birchwood’s. In addition to Selwyn’s electrifying guitar and lap steel playing, the other featured instrument is Regi Oliver’s driving baritone sax. The group is rounded out by bass, drums and, for the first time, keyboards.

Wanting to capture the power of the now larger band, Birchwood wrote and arranged 13 new songs, and brought in famed Grammy Award-winning musician Tom Hambridge (Buddy Guy, Christone “Kingfish” Ingram, Susan Tedeschi) to produce. From the rocking opener I’d Climb Mountains to the sweet soul of She’s A Dime and One More Time to the hair-raising Revelation, Living In A Burning House features some of the most vividly striking writing on today’s blues scene. Birchwood’s voice and vision are clear, his sound is edgy and compelling, and his stories are memorable and lasting.

According to Birchwood, “I tell my stories in my own way, with my own voice. You won’t ever hear me on stage telling someone else's story. Muddy Waters, B.B. King and John Lee Hooker all told their own stories. That’s what I’m doing.”

Since the 2014 release of his Alligator Records debut, Don’t Call No Ambulance, Birchwood’s meteoric rise from playing small Florida clubs to headlining international festival stages is nothing short of phenomenal. The album received the Blues Music Award and Living Blues Critics’ Award for Best Debut Album Of 2014, and he won the 2015 Blues Blast Rising Star Award. Rave reviews ran in publications from Rolling Stone to The Wall Street Journal, from The Chicago Tribune to The San Francisco Chronicle. He followed in 2016 with Pick Your Poison. DownBeat said, “There’s a deep-seated power about Birchwood’s singing and six string/lap steel guitar work...and there’s an unmistakab le emotion and honesty linking him to forebears like Muddy Waters. Thoughtful, persuasive and rugged.”

“I write and sing what I know,” says Birchwood, whose musical innovations are as expansive as his influences are deep. With Living In A Burning House, Selwyn Birchwood is looking forward to winning over thousands of new fans. “They say everything is better when it’s made with love,” says Birchwood. “That’s how we play our music and that’s how we made the new album. I want my audience to say, ‘I know exactly what that feels like,’ when a song hits them. Because that’s when it stops just being music and starts being medicine. After all, we are all stricken with the condition of being human.”