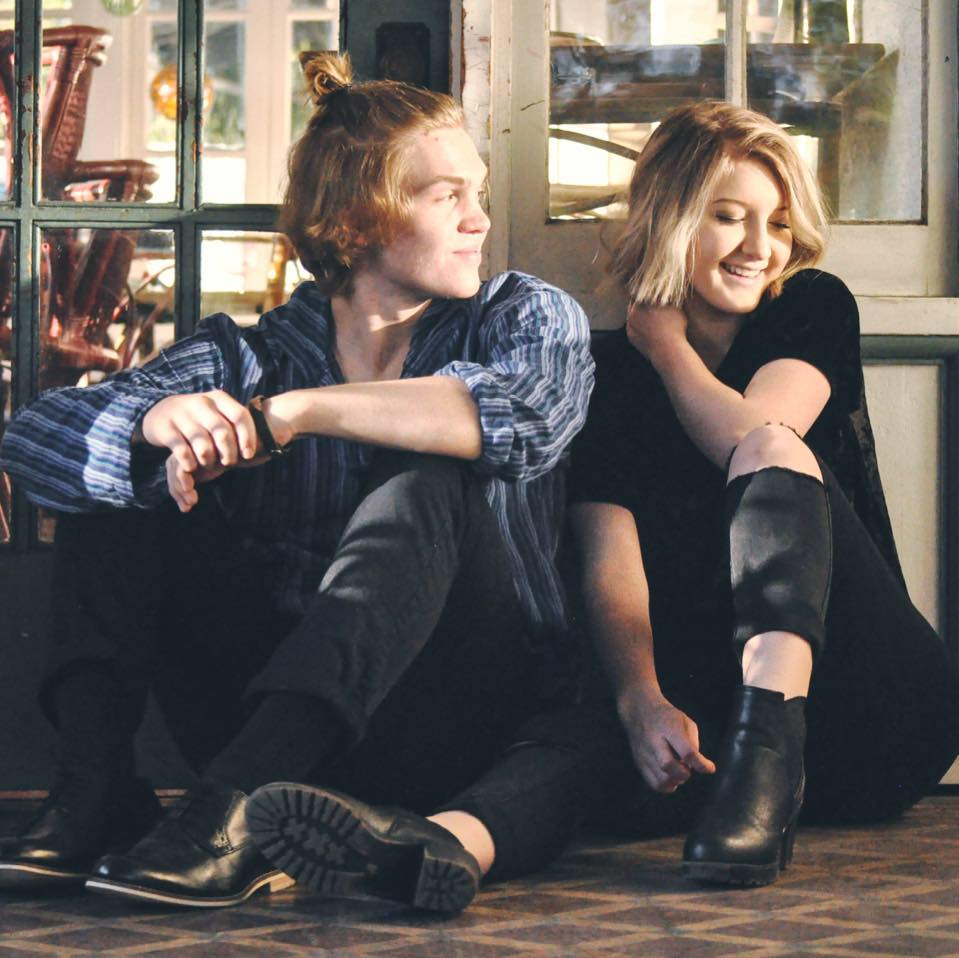 The Young Something formerly AB+

AB+Positive is an up-and-coming young duo with a soulful, folksy vibe and “songwriting and performance chops well beyond their years.”

Alex Bonyata (17) and Bella Beyer (15) are AB+Positive, an indie pop/folk duo based in St. Petersburg, Florida. They started performing and songwriting together while attending the Grammy Museum’s Music Revolution Project during the summer of 2015. While Alex’s main instrument is guitar, he enjoys playing “any instrument you don’t blow or bow,” so you might hear him playing anything from piano and mandolin to psychedelic electric ukulele. Bella’s distinctive vocals pair beautifully with Alex’s instrumental stylings, and leave you wanting to hear more.

Alex and Bella draw songwriting inspiration from many different sources. Alex is primarily inspired by artists with a relaxed, “clean” sound, such as The Lumineers, Andrew McMahon, and Trevor Hall. Bella has slightly darker tastes in music, and is inspired by artists such as Amy Winehouse, Melanie Martinez, and Sia.

AB+Positive enjoys playing any type of musical venue, and can entertain you with 2+ hours of original songs, along with another three hours of cover songs.

They recently released their second EP, Take Me Away.

“As always at Heatwave, some of the best performances were the ones you might not’ve seen coming… And at Cigar City Cider and Mead’s early-evening ‘teen showcase’ stage, young acts like Francesca and AB+ displayed pop songwriting and performance chops well beyond their years, offering hope WMNF needn’t fret about filling out its Heatwave schedule a decade from now.”
— Jay Cridlin, Tampa Bay Times

“This teenage folksy duo followed the keep it simple method. On acoustic guitar, Alex Bonyata sounds like a veteran player who’s grown up on the mean streets of soul. On vocals was Bella Beyer, with a stage presence and a voice well beyond her years. Her voice – tender, breathy and a tad sultry, reminded me of a young combination of Jewel and Sarah McLachlan. My favorite moment of their set was their rendition of Jerry Lee Lewis’ “Great Balls of Fire”. Normally a fast tempo and– upbeat song, they gave it their own spin turning it into a sweet melody that left me impressed.”
—   Chris Rodriguez, LibroMusica.com