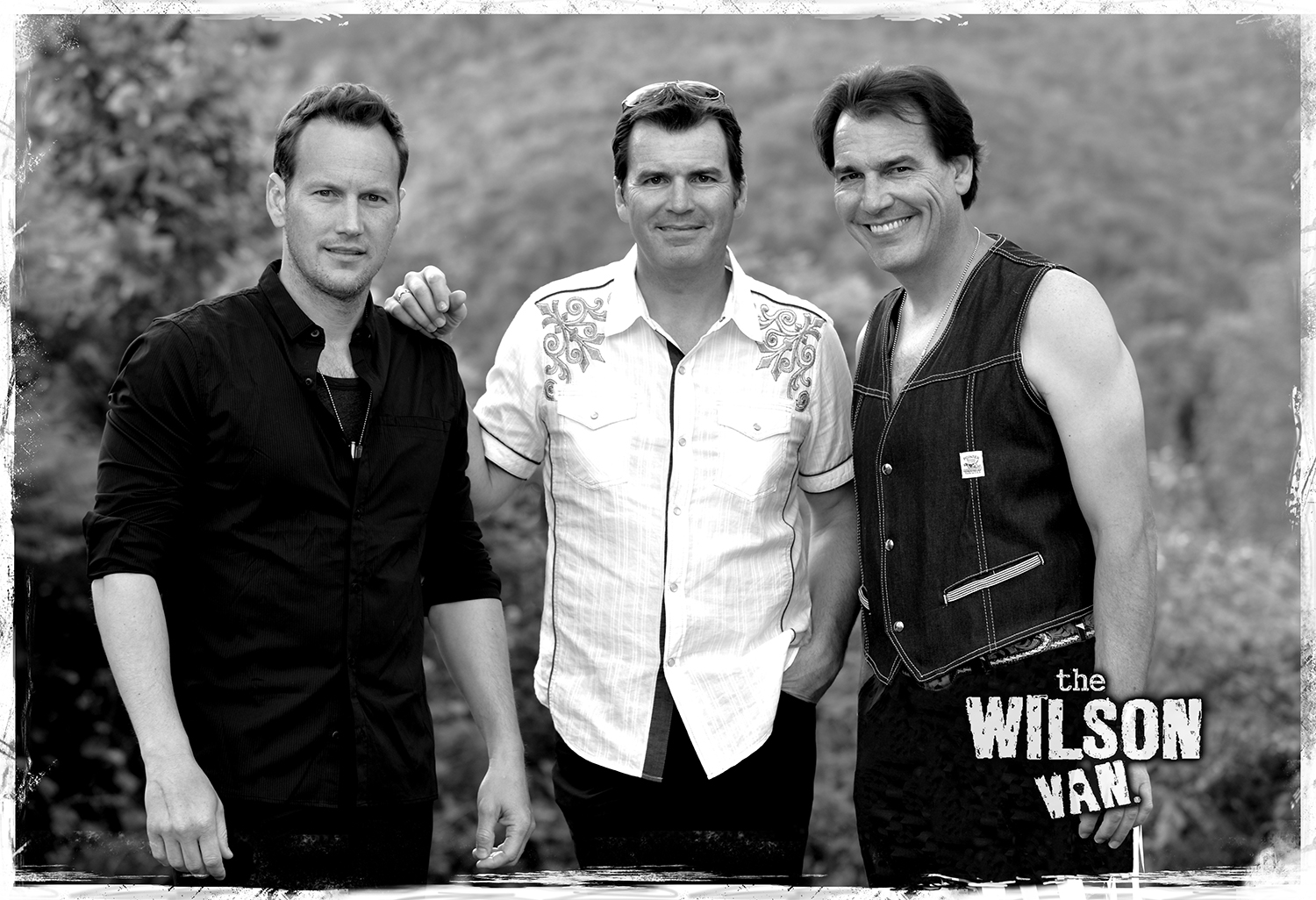 They may be bonded by blood but it's their love for music and deep sense of community that has driven Paul, Mark and Patrick Wilson to make their family jam sessions public. Patrick's an internationally acclaimed actor, Paul is an accomplished singer who owns an ad agency and Mark is an Emmy award-winning tv anchor. But a few times a year, they round up several friends and rock out to some classic covers and even perform some originals to raise money for some of their favorite non-profits.

Originally (and jokingly) they called themselves Van Wilson, a nod to one of rock's most famous band of brothers who inspired them. But in 2012, they decided to go a in a completely new direction renaming the band 'The Wilson Van.' They have since played to capacity crowds at the State Theatre in St. Pete in May of 2012, raising $30,000 for the Southeastern Guide Dogs' Paws for Patriots program that provides guide dogs to injured soldiers. In January of 2013, The Wilson Van played to a packed Hard Rock Cafe in Tampa raising more than $10,000 for 'Hope For The Warriors,' another Tampa Bay area soldiers' charity and in May of 2014 raised $15,000 for the Gold Shield Foundation, which provides college scholarships to the families of fallen first responders and then raised $20,000 for Academy Prep of St. Pete.

In 2015, they established The Wilson Family Foundation, Inc., a 501(c) all volunteer non-profit organization with a three part focus: serving veterans & first responders, children with special needs and promoting the arts. With funds raise from their shows, they have since sponsored families for Christmas at CASA, donated to Wheelchairs 4 Kids, awarded a music scholarship, donated to Hurricane Irma local releif and provided toys for Toys for Tots Pinellas.