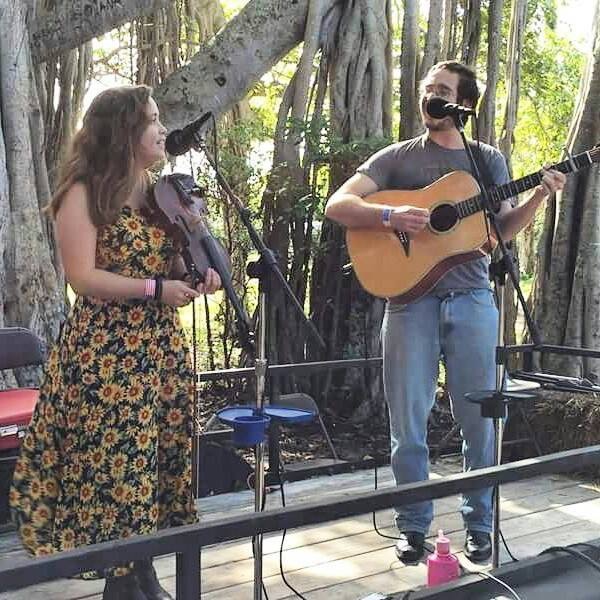 Chelsea Wells-Barrett, a native of Sopchoppy, Fla., and Emerson Wells-Barrett, of Austin, Texas, met while enrolled in the Bluegrass, Country Music, and Old-Time program at East Tennessee State University. There was an obvious connection between the two after the performance of "Big Red Fire," the first song they ever sang together and the second original track on their debut CD, Country/folk.

Singing with each other, their voices weave and twine with grace and humor. Listen and you’ll hear echoes of George & Tammy, Johnny & June, and Loretta & Conway. The chemistry between them is audible on first listen, the dynamic of their live performance obvious at first glance, their connection palpable.

Accompanying themselves on a variety of instruments (guitars, fiddle, mandolin), their gifts of natural musicality are instantly apparent. The music references vintage roots, the lyrics speak to age-old themes, but the language Wells-Barrett uses in his writing is determinedly unusual, yet quickly endears itself to the listener.