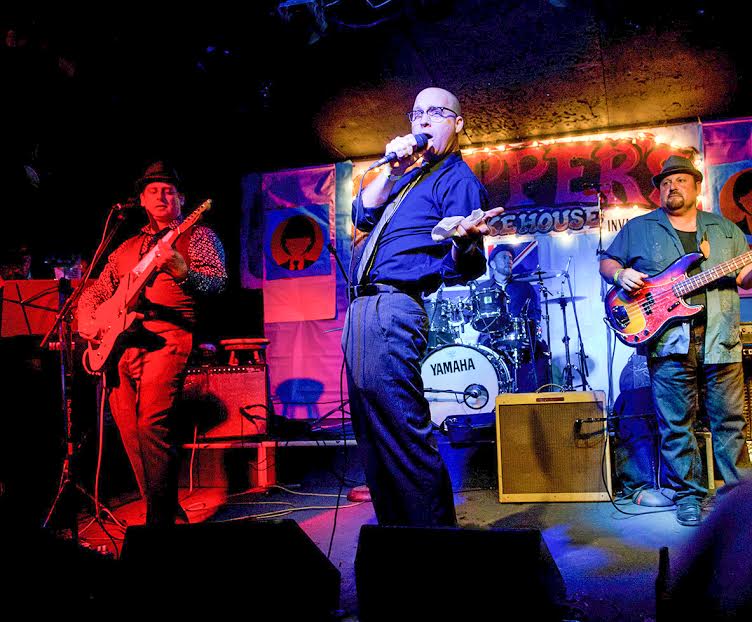 The Vodkanauts coalesced in Sept '02 specifically to fill the support slot at a Dick Dale concert. The crowd response was so enthusiastic that the group decided to make the one-off project a continuing endeavor. A year and a day later, the 'Nauts once again opened up for The King Of Surf Guitar and garnered the same fevered reaction. The intervening year had seen the band perform numerous well-attended club dates as well as sharing bills with national acts like Big Bad Voodoo Daddy and The Mermen.

Fast forward to January '04: After some original members depart the ranks, group founder MARK WARREN soldiers on. Along with bassist JOHN DE BELLIS, he recruits Stan Arthur, RYAN ARSENAULT and ALEX STEVENS (who bears an eerie resemblance to Four Star Riot frontman Steve Alex) to fill out the band's emerging new sound. Change is an inevitable part of life, so in May of 2006 Alex parts ways with the group and original singer JONATHAN HARRISON returns to help refine the evolving sound of the Vodkanauts.

But wait, there's more! Towards the end of 2007, Ryan gets word he'll be going out-of-town for work... waaaaay out-out-of-town to flippin' Baghdad. So the band takes a hiatus. Initially intended to be only four months, it ends up being more than twice as long as the rhythm section opts to explore other creative opportunities during the ensuing downtime. Fear not, dear reader, as worthy replacements are soon found in the form of STEVE "BARKIN' BARNEY" BARNES on electric and acoustic bass along with TOM STALEY on drums. Barney is a longtime scene stalwart both fronting his own group (Barkin' Barney and the Tall Boys) and as a bass player specializing in rockabilly and jump blues (The Blind Mice, Charlie Vegas.) Tom comes with his own enviable rock 'n' roll credentials as he was the original drummer for NRBQ, serving with that storied group from 1968 through 1974.
THIS JUST IN... Barney has left the Vodkanauts to persue his roots rockabilly interests with the Cadillac Bombers. In time-honored Vodkanauts tradition, his replacement is the guy he replaced, JOHN DE BELLIS.
BUT WAIT! In 2011, Tom cashes in his gold watch, buys a big compound in North Georgia and hunkers down with grandkids bouncing on his knees. Meaning the Vodkanauts' drum throne is once again vacant. But not for long...for STAN ARTHUR just so happens to be gigless. Once again, karma is satisfied.