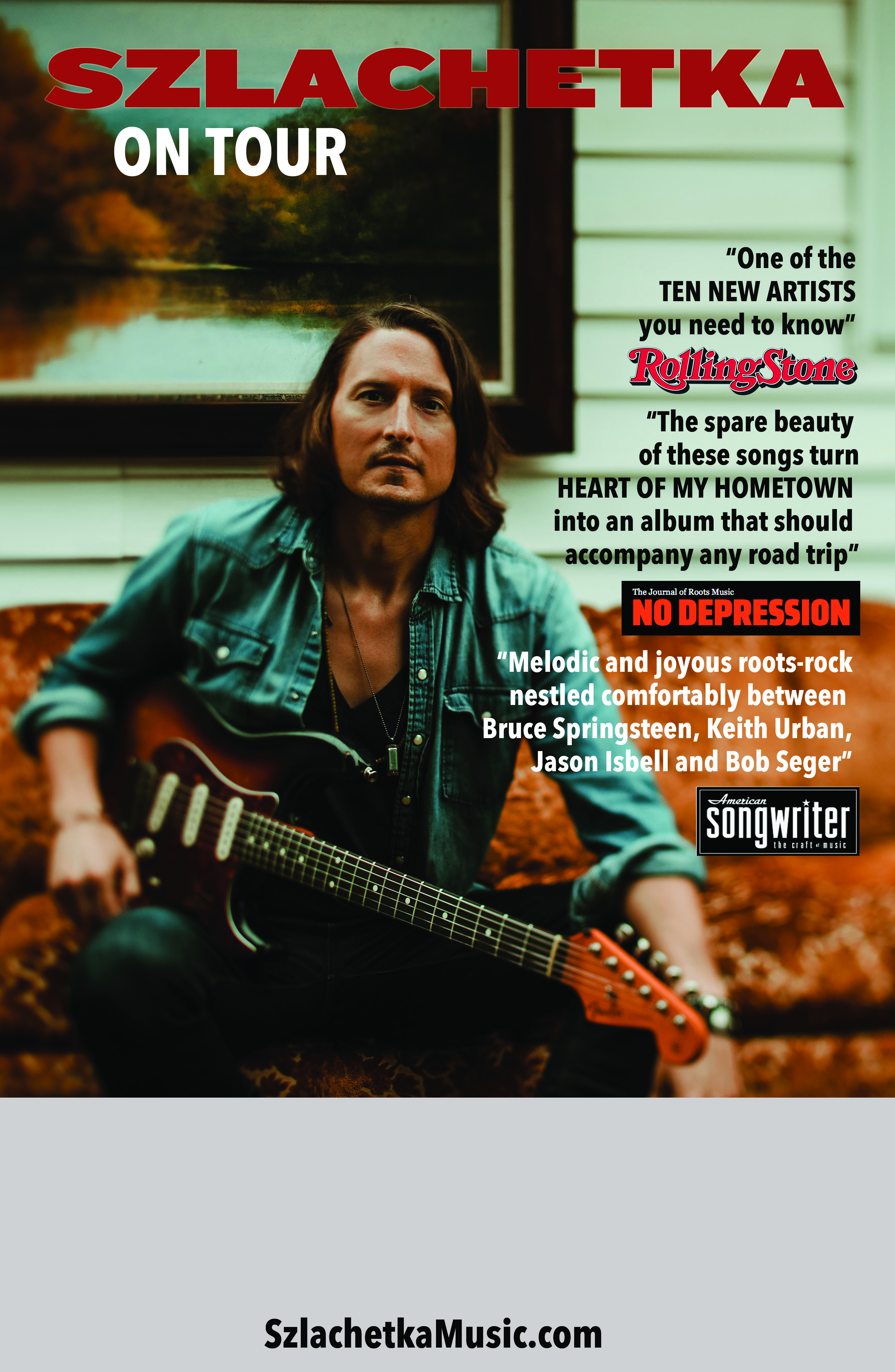 Years before he teamed up with Grammy-winning producer David Bianco (Tom Petty, Bob Dylan, Bruce Springsteen, Lucinda Williams) for the Heart of My Hometown sessions, Szlachetka was the frontman of acclaimed LA-based roots-rock band the Northstar Session. With the band, he recorded five albums and appeared in NBC’s TV series Parenthood. He began his solo career in 2014 releasing Waits for a Storm to Find. Three years later, Heart of My Hometown shines new light on Szlachetka as a singer, prolific songwriter, storyteller, and fiery lead guitarist. It's an album whose touchstones include the charged roots-rock of Tom Petty and the warm, acoustic sounds of Jackson Browne. Szlachetkamoves between both ends of that spectrum with ease, splitting his time between full-band anthems — including the riff-heavy "Until That Echo," co-written with Train's Scott Underwood — and more intimate, acoustic moments like "Wildflowers on the Highway," featuring an appearance by duet partner Katelyn Clampett. The album's title track rests somewhere in the middle, layering pop hooks and three-part harmonies into a nostalgic song about remembering one's roots. It's an album built for road trips, slow dances, wild Friday nights, and everything in between.