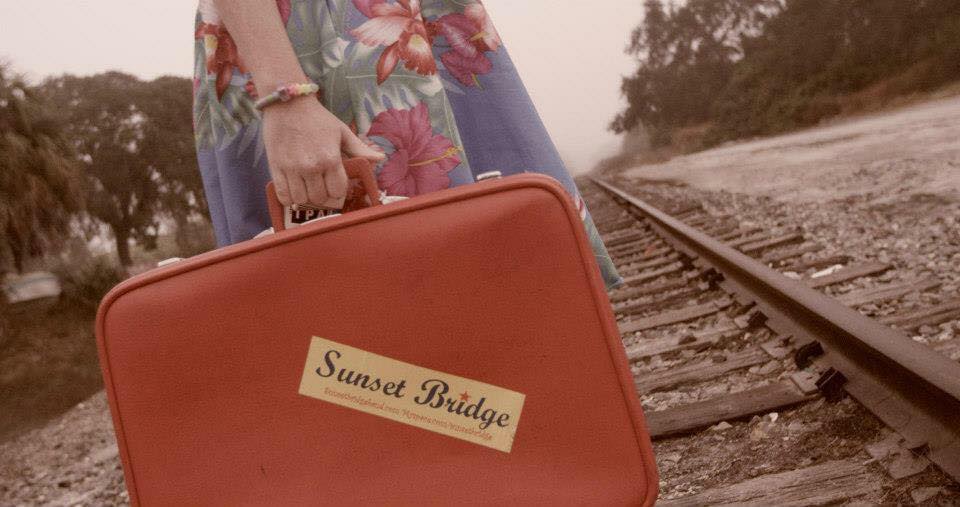 Born in Tampa FL and raised in Odessa FL, Gracie fell in love with the magic of all music as a young girl. Anxious to explore her voice, she began singing with her elementary school choir and continued throughout her schooling years. In her twenties, after playing around with the acoustic guitar, Gracie had a few songs under her belt that seemed to get peoples toes tapping. She met A.J. Topp in 2006 and they created Sunset Bridge Band.

A.J. is from Sarasota FL. He has a love for ALL music especially Jam music, Classic Country, Bluegrass and Classical. A.J. is a current member of the Venice Symphony Orchestra and has played with the Peter Cetera Orchestra Florida Tour, the IL Travatore Opera Orchestra, the Valdosta Symphony Orchestra and many other ensembles. Most of all he enjoys playing ORIGINAL Music, and supporting local musicians. A.J. believes that Bass is beautiful and should be listened too in large quantities.

Mike is from Tampa FL and has played it all: Funk, Reggae, Bluegrass, Country, Blues, Latin, World and Rock. Starting at the age of 6 years old, the self-taught beat machine has been playing professionally since 1995 and has played all over the United States in popular bands such as Positivity, Juanjamon Band, Matt Winter, and Buffalo Strange. He has played in everything from dive bars to major music festivals; even spending time performing in Thailand. His stage presence and pocket grooving abilities can draw you to the stage mid-sentence of a deep conversation with a long lost friend, get lost in the music, and forget about what you were just talking about.

Born in the deep marsh of Thibodeaux, Louisiana, Bryan Smith plays with a mix of the many cajun and zydeco influences he had been exposed to as child, as well as country, jam, bluegrass, and reggae genre's. Learning to mostly play by ear early on and then learning music theory and chordal structure has ushered in gigs with many other players early on in his musical career throughout the Tampa Bay area and beyond.