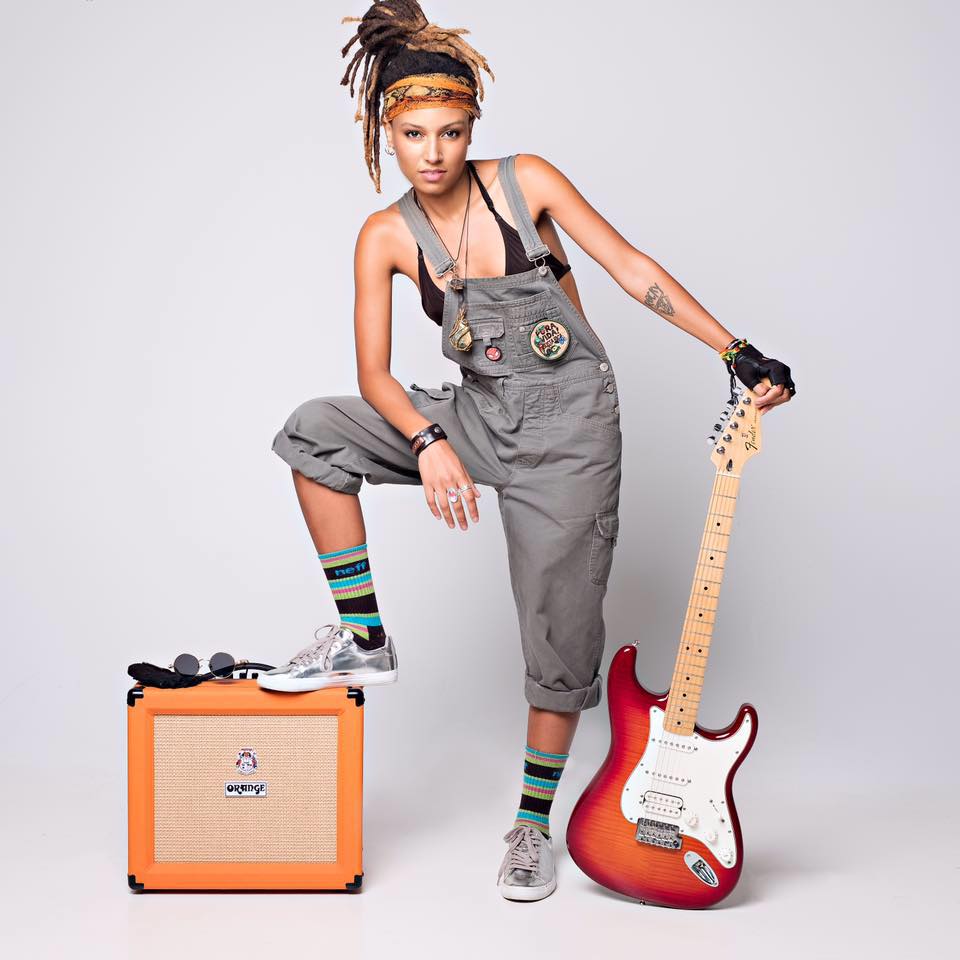 Shevonne Marie Philidor, also known as Shevizzle, is an American singer-songwriter, musician, producer, model, actress, and visual artist. She is a young entertainer who is utilizing every possible platform to amaze audiences with her one-of-a-kind voice and compositions. With a lively stage presence, she keeps admirers captivated by her unique spirit and exciting energy. Her funky Bohemian style reveals a vast imagination and evokes a steampunk Goth 90’s kid that fans can relate to. She first started performing in talent shows and various singing competitions as a child. Once Shevonne became a Tampa resident she joined Entertainment Review and was an active member for 9 years. At the age of 17 she picked up a Fender acoustic guitar and taught herself how to play it by observing and listening. Although she has experimented with the bass guitar, keys, and drums over the years, her main passion has proven to be the electric guitar.  She won the NFAA National Scholarship in musical theatre and left high school early to travel on the National Tour of Oz the Musical. During that time Shevonne had begun to write and compose her own music. In 2003 she appeared in America’s Most Talented Kids, she was featured as a wildcard in America’s Got Talent in 2010, and in 2016 she made it to the top 51 in American Idol. Her first self-titled album, “Shevizzle” was released in 2016 and features all original songs with sounds ranging from pop, reggae, funk-rock to soul, and blues. The album undeniably stands alone, as each song is a fusion of so many different genres and styles that it cannot be compared to any other. She has described the album as a creative collection of her life’s experiences and a record of her personal growth.  As an independent artist, she made it possible to produce her own music by playing gigs and DJing events in the Orlando and Bay area. Her performances haven’t been limited to solo acts, as she has performed with a 5 piece band for the past several years. Shevonne is not only a self-taught musician, she has been interested in visual arts from a young age, and created the album artwork for Shevizzle. Specializing in cartoons, her surreal drawings have a nightmarish, yet playful quality that serves as a window into her unusual and fascinating mind.