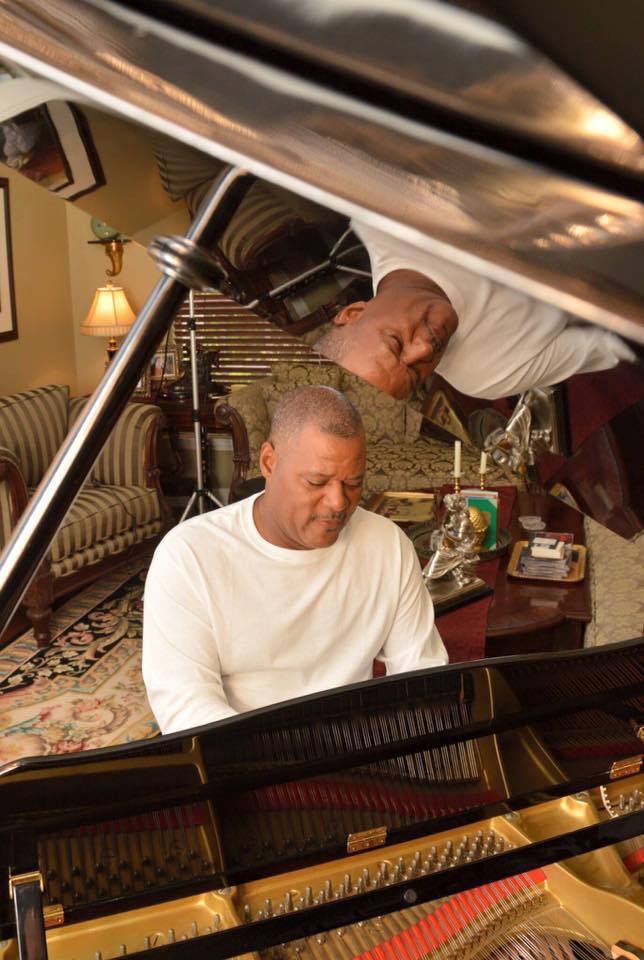 Shawn Brown was born to one James Brown and Shirley Brown on November the 13, 1962 and was the last of six siblings. Shirley Brown was a classically trained pianist and vocalist. James Brown was a chief/jazz vocalist in the United States Navy.  As a result, all of his siblings were musically nurtured in the same manner. His brother, Hiram Brown, shared the same talents and mentored Shawn to become the entertainer he is today.  All of which were spiritually motivated as a result of their mother, Shirley Browns, strong faith and convictions in Christianity.

Shawn began playing the piano at the young age of 3 years old and then became the organist, accompanying his mother for their church at 8 years old, which began his musical journey.  Through his adolescent years he continued to play at his church until he moved to Tampa Florida.  As the years past, Shawn had four children, three daughters and a son. They became his inspiration and taught him that his music was not just for monetary gain, but to inspire those that may be ill, feed the hungry and mentor young musicians!

One of Shawn’s most inspirational moments was when he recorded with The Chicago Soulsters, whom of which are the former Gospel group of the Legendary Sam Cooke.

In 1992, following the death of his father, Shawn took his first Internal performance date where he toured Japan and then went on to tour Paris, France. Shawn then joined with International Blues writer and composer, Willie Lomax where he received National Recognition for his “soulful singing”, and his “blues gospel infused”, Hammond Organ skills. As a result of his skills, he received, Best New Blues Contemporary Blues Vocalist in Living Blues Magazine three years in a row in the UK.

Shawn continued to play in different churches in Central Florida, hosting benefits for multiple different charities all over the United States, and at the same time continuing to be a strong mentor and father to his four children.

In 2008, tragedy hit Shawn and his family; Shawn was diagnosed with Stage 3 Colorectal Cancer. His beautiful mother Shirley was then admitted into the hospital for Renal Failure and his brother Hiram was diagnosed for the second time with a rare form of Intestinal Cancer.  While Shawn was receiving treatment, his mother and his brother died within two weeks of each other.  During this time, Shawn agreed to be featured in the International Documentary Killer B-3, where he allowed the cameras to follow him throughout his tragedy. This documentary featured, along with Shawn, Dr. Lonnie Smith, The Great Jimmy Smith, Jimmy McGriff, Tony Monico, Joey DeFrancesco and only to name a few, produced by  Murv Seymore and Joe Bamford of which are both Emmy Award winners.

Shawn still  devastated by this family tragedy, he continued his charity by raising funds for Everyday Blessings Orphanage, and unknown to him, he was being evaluated for a Humanitarian award, entitled, “Artist with a Heart” (Golden Brush Strokes Award), from the Greater Brandon Chamber of Commerce.  While in the Hospital, his children received the award for him while Shawn was told he a 50/50 chance to survive, but his faith in God restored him back to perfect health!

Today, Shawn is a grateful man, as he continues his walk in faith to give back to his family and his community.  His music is a passion that inspires so many and it will continue to be his purpose to help heal and give back to all. He is planning his inspirational CD for early next year and until then you can find Shawn still playing with the same passion and humility wherever his is guided!