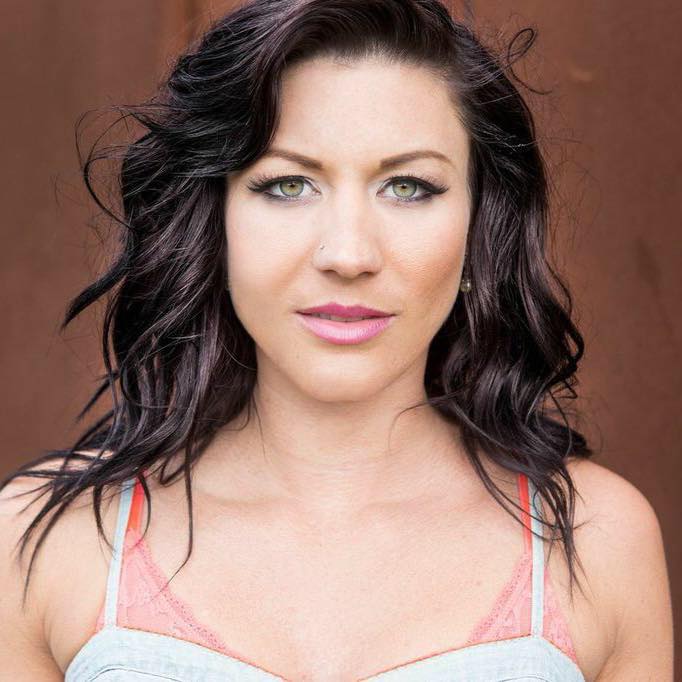 With her bluesy-rock vocals and sexy, funky style, Samantha Leigh is a musical force to be reckoned with. Originally from the home of rock and roll, Cleveland, Ohio, Samantha grew up with a heavy rock and country influence.

"I remember stealing my Mom's "Reba" and "Judds" tapes when I was little and putting on mini concerts in my bedroom." - Leigh

She made her debut stage appearance at the age of 3 singing "Crazy" by Patsy Cline with her mother's country band "Buckshot". From then on, singing continued to be her passion. She entered and won many vocal competitions and talent shows, giving her momentum to drive towards a successful career in country music.

Since her move to Tampa, Florida in 2005, Samantha has hit the ground running, expanding her singing career in the Sunshine State. She has been lucky enough to make performing her full time job, working with numerous bands and shows throughout the country.

She has gained a level of notoriety in the local community and earned the opportunity to sing the National Anthem for the Tampa Bay Rays, University of South Florida, and the Tampa Yankees.  In 2009, she was named FOX's Tampa Bay Idol.  Shortly after, she was asked to open for 10th Concession to raise awareness for the “Ellen Degeneres Anti-Bullying Fundraiser”.  The exposure for the event gained her a spot on the CBS morning show, “Studio 10” as a musical guest.

"She's a tiny little thing with a big 'ole voice who had a stage presence that couldn't be denied. Right then and there, I booked her for a Studio 10 appearance. This girl is headed straight to the top, and we'd like to be a stepping stone for her." - Holly Sinn, Studio 10

"In addition to great and soulful vocal chops, she had a sexy, spunky look with a great outgoing performance and attitude." - St. Petersburg Times

In October of 2014, Samantha debuted her new single “Devil in Red Shoes” and swiftly climbed the country charts to #3 on Reverbnation.  The rapid success of the single quickly gained the attention of national radio programs such as the “Bubba the Love Sponge Show” and “Musician’s Wanted”.

The highlight of Samantha’s Spring season in 2015 was playing a graduation party for Sir Paul McCartney’s stepson. Sir Paul shocked Samantha and the band that night by jumping up on stage and singing with them. The performance made local Tampa and Orlando television as well as newspapers.

Samantha continues to pursue her goals of becoming a successful artist and looks forward to making connections with driven members of the entertainment industry.  She is currently recording her first EP, an original, country-focused release featuring driving rock and pop undertones. Simply put, she has it all - catchy melodies, strong lyrics and a powerhouse voice.  You will not be able to resist singing along and joining the rest of us as fans of Samantha Leigh.