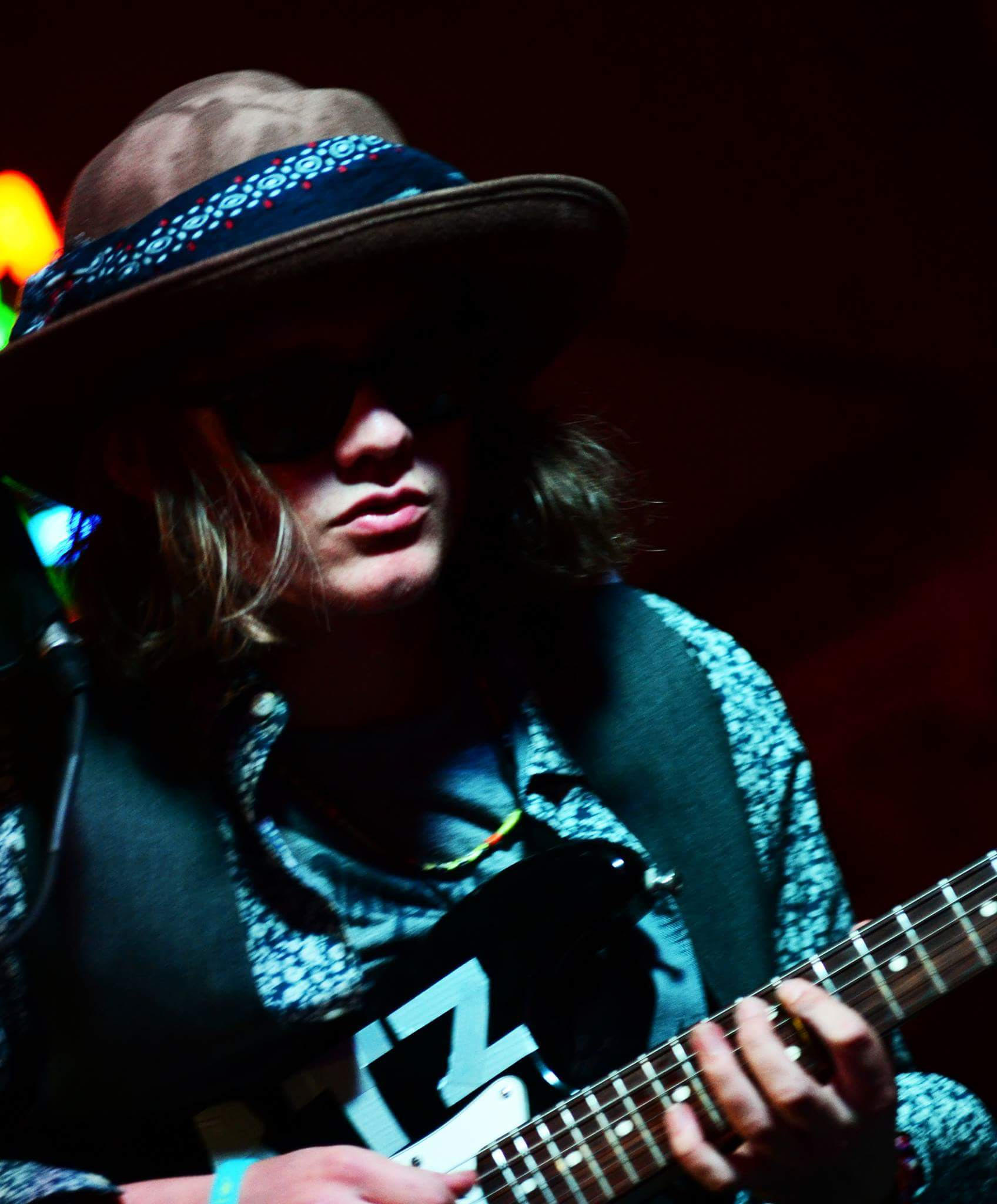 Robin’s father is, in fact, Robin Zander, lead vocalist of the band Cheap Trick. Although it was not Robin’s father that pushed him towards the music scene, rather an inner force that compelled him to make music. “I would have picked it up no matter what, even if I didn't have a parent who did music. I feel like it was what I was destined to do,” says Robin. He has been playing music his whole life and now he is taking big steps towards his music career. He says he has his father to thank for teaching him the ways of rock-n-roll world.

“My dad was able to show me what it was like to do the touring and being on the road. I got to watch that every step of the way. I have been on 21 summer tours with my dad. I know what it is like to tour--the pros, the cons, the fun you can have, and the disappointment you can have,” says Robin. He points out that there was never any pressure from his rock-n-roll dad to follow the same career path he chose. “He showed me what to expect in this business. He never forced it on me. He let me do my own thing—he was a very great guide. He guided me,” states Robin.

His knowledge of the business really gives him a new and unique view as an up and coming artist. Robin will be spending this month in Nashville, Tennessee to work on his brand new EP with Julian Raymond. The EP will include six songs and then he will be sending them out to a variety of musical outlets. Most of his recording up until now has been done at home, so he is excited to get to Nashville and into the studio to start working. Robin says the EP will include mostly originals and possibly one cover. “I want to show my best songs. I have been writing since I was 18. I have a lot of ideas and songs and some are unfinished. I have the six best ones; he [Raymond] likes them and I am going to go with them,” says Robin. While Robin’s future plans include a full band, for now, he records all of the musical tracks himself. He also has plans to set his sights on some band members, while he travels out to Nashville. “The best thing about recording is being in a band. It is the best thing you can do, while being a musician,” Robin says. It is quite possible this belief was formed from watching his father and his father’s bandmates’ camaraderie throughout his life.

Robin describes his musical sound as a Beatles meets The Who mash up. “My music sounds like classic rock with a neat twist.” He has a good variety of music—songs with heavier rock-n-roll mixed with some ballads. He has been doing a lot of writing and from it, he has selected a good variety of tracks to record during his upcoming studio time. It will definitely be worth the wait if you are looking to see Robin when he returns from Nashville. He currently has a couple different shows in the works in the St. Pete and Clearwater area and is very excited to take this next step. Since Clearwater is home to so many rock idols, it has made him that much more anxious to pursue his music career. He studied music for a while at Berkley College of Music until he realized what he wanted to do didn’t need a specified degree. “It has to come from yourself. There is no school really, you can be a performance major, but that’s not me. I am a rock-n-roller--there is no school for that. You earn your respect; you go out and play gigs,” Robin says. Many past rock-n-roll legends would agree. You have to hit the pavement in the music business and get noticed, which takes different tactics now than in the past. Nowadays, with social media outlets like Facebook, YouTube and music-specific sites like ReverbNation, it is a feat to be noticed and stand out among the crowd. Robin says he puts all of his upcoming shows and information on his Facebook page, Robin Taylor Zander, and if you want to check out videos of his performances; you can look him up on YouTube.

It is interesting to see the son of a rock-n-roll legend taking on the music world in its current form. Cheap Trick has seen over four decades of the ups and downs and transitions of the music industry--all experience, which I am sure Cheap Tricks’ front man can pass on to his son as Robin Taylor pursues his career. They are part of two very different generations of musicians that are working toward one goal--to make music for a living. “I am excited to bring my music to the country and to play in the U.S. My dream is to tour and get my name out there. I am ready to take over the U.S., not just Florida,” says Robin. Overall, Robin is pumped to begin his journey pursuing what he was destined for. These next few months will bring the new EP, more gigs, and more exposure for this talented artist. It is just the beginning for Robin Taylor Zander. “It is my main passion and my hobby and that is what I want to make a living doing.”