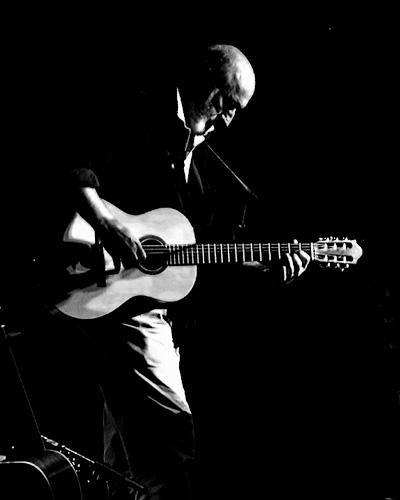 Singer/songwriter Noel Paul Stookey has been altering both the musical and ethical landscape of this country and the world for decades—both as the “Paul” of the legendary Peter, Paul and Mary and as an independent musician who passionately believes in bringing the spiritual into the practice of daily life. Funny, irreverently reverent, thoughtful, compassionately passionate, Stookey’s voice is known all across this land: from the “Wedding Song” to “In These Times.”

Noel and Betty, his bride of over 52 years (but who’s counting), moved with their three daughters to the coast of maine over forty years ago.  since that time he’s done the occasional home town benefit and the here-and-there in-state show but never had undertaken a concentrated tour in one season.  “I recorded all 9 of my maine concerts last summer - from ogunquit to eastport - check THAT out on a map” he says, “and, though not all of the video or audio made 'prime time', i was able to collect 24 music videos for the DVD and (amazingly) fit all 24 songs on the CD to create this AT HOME: the maine tour package.”

The songs in this newest release represent a broad range: THE CABIN FEVER WALTZ (homage to the rigors of enduring the lengthened winter in maine), a new version of WHATSHERNAME (a bittersweet jazz shaded reminiscence of a middle-aged man in denial) originally recorded on the PP&M 1700 album, FAMILIA DEL CORAZON (a new song that speaks to the immigration issue in compassionate rather than political terms), WEDDING SONG (with the 'original' lyric and a spoken introduction - DVD only) and THE LADY SAYS SHE DON'T LIKE JAZZ (a commentary on a common misperception of the creative process).

Noel hesitates to call this release a memoir - though it does span 50 years of his music - still, he appreciates the fact that 1) it's all about the music - 95% of the visual is 'in performance', 2) the camera work is intimate - both fixed and handheld coverage by videographers sharing the stage during performance and 3) it's as relaxed and 'stookey' as it can get - what with no accompaniment except his guitar.  “…sort of what you'd expect if we were AT HOME…” he confides.

While acknowledging his history and the meaningful association with Peter and Mary (performing occasionally with Peter as a duo following the passing of their partner Mary Travers in September of 2009), Noel Paul has stepped beyond the nostalgia of the folk era. Whether judged by the subject matter of his current concert and recorded repertoire or by virtue of his active involvement with the Music2Life initiative (www.music2life.org) linking music fans to the expression of contemporary concerns via many different artists and musical genres, Stookey's current musical outlook continues to be fresh, optimistic and encouraging.

Elizabeth Bannard Stookey, Noel's highschool friend and wife of over 48 years has incorporated the 'family music' as part of her ONE LIGHT, MANY CANDLES (www.onelightmanycandles.org) multifaith programs – featuring readings from world spiritual leaders counter-pointed with the songs of her husband. Betty says "The spiritual and relevant nature of Noel’s music lends itself beautifully to the message of our program. His songs reflect the diversity and integrity of individual faith while seeking a global spiritual community.”

Born December 30, 1937, Stookey grew up in the Midwest where he played electric guitar in his high school rock ’n’ roll band (the Birds of Paradise) and hung out at an R&B record shop listening to groups like the Drifters, the Platters, the Cadillacs.

When he moved to New York City, he was 20, looking for independence, but what he found were “Peter” and “Mary,” and a career that took on a life of its own, with their first album shooting to the top of the charts, where it stayed for two years. He has performed in intimate coffeehouses, at the White House, and in massive stadiums. At the 1963 March on Washington when Martin Luther King Jr. delivered his “I Have a Dream” speech, Peter, Paul and Mary delivered the compelling “If I Had a Hammer” and “Blowin’ in the Wind”.

Stookey’s sound has been shaped by huge cities, as well as the smallest hamlets of the Heartland, housing projects, coastal Maine villages, towns up and down the Mississippi, and by his search for a common language that enables everyone no matter their origins and experiences to communicate with each other and celebrate the mystery of life.

After a profound spiritual experience in the late ’60s, Noel realized the 200-plus performance schedule of the trio left neither space in which to explore the rediscovered depths of conscience and dedication that were tugging at him, nor the much overdue and deserved time with his family. In 1970 the group took a sabbatical, providing the opportunity for Noel and Betty and their three daughters Elizabeth, Kate and Anna to move from suburban New York to the coast of Maine, before reuniting almost a decade later with a markedly more reasonable schedule.

By then Stookey’s solo voice was firmly established, writing and performing music that addresses social change while speaking of and to the soul; fusing jazz improvisation and insightful folk lyrics. The political, sociopolitical, spiritual, and cultural dynamics of life’s stories continue to drive his songs. Collaborating with his wife, Betty, sometimes sharing the presentation of multifaith seminars and performances, the connection between Stookey and his material, as well as his audience, is intimate, immediate, identifiable and electrifying.

Noel Paul Stookey has recorded over 45 albums, both as part of the legendary trio and as a soloist.  Prior to the release of his acclaimed ONE & MANY (and digital mini releases) in 2012, he had released three CDs in 2007 alone: Facets of the Jewel, Promise of Love, and Song for Megumi. In addition to his performance life, Stookey oversees Neworld Multimedia, presenting new artists and creating children’s TV shows and music. The royalties from his classic “Wedding Song” go to the Public Domain Foundation, where nearly $2 million has been put to work for charitable causes. If Stookey has his way, he hopes to make the world a better place by supporting a dialogue of acceptance and inclusion...perhaps his song Love Rules! says it best: “...tryin to be a student of transparency; more of Love and less of me...”