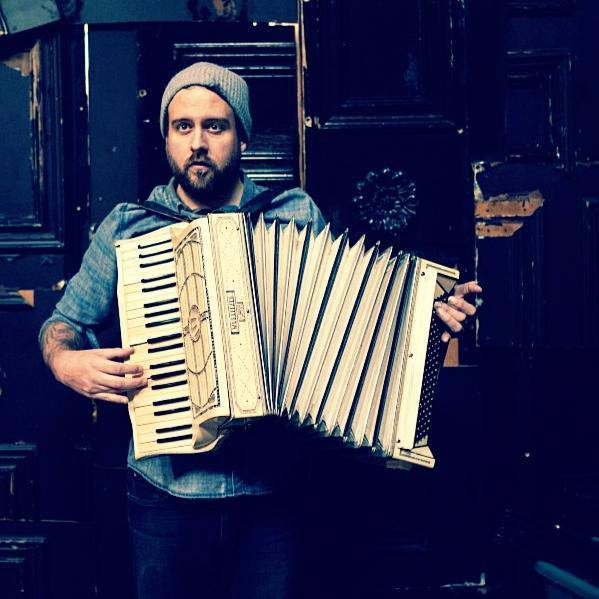 Nate Currin is an artist and a storyteller. Having traveled to over 20 countries, toured with notable acts like Blues Traveler and Neon Trees, been featured on MTV and received a first ballot Grammy nomination, he retains his enigmatic drive to fly under the radar from time to time. It’s when watching him play an intimate coffeehouse gig that he’s tucked into a headlining U.S. tour that it clicks; Currin is chasing after the genuine human connection, one fan and one song at a time. Nate Currin now prepares to release a project over five years in the making that is unlike anything he’s ever put out, and far from most albums on the singer/songwriter, folk and pop rock charts. On August 6th, 2013 Currin released an 18-song concept album titled The Pilgrim, his sophomore full length on Archaic Cannon Records. The Pilgrim breaks the rules of genre confinement for the simple sake of brilliant art.

The Pilgrim is a lyrical and musical interpretation of The Pilgrim’s Progress, a book published in 1678 by English writer and preacher John Bunyan. This Christian allegory was written from Bunyan’s jail cell in Bedford, England and tells the story of a man who makes the journey from this world to a celestial kingdom. The Pilgrim’s Progress is considered among many to be one of the most significant works of English literature. It has been translated into more than 200 languages, and outside of the Bible, it is the number one book in print of all time. Some of the most important and influential authors of the world have referenced it in their own literature, including Charles Dickens, Mark Twain, E.E. Cummings, Louisa May Alcott and C.S. Lewis.

In 2012, Nate Currin relocated from his home in Atlanta to San Francisco with the intent to focus on writing in a new environment; The Pilgrim is his most recent result. As he continues to warm hearts on the West Coast, Currin returns home often for sold out concerts and Southern cooking. This summer he embarked on a 60-date tour throughout the U.S. in support of The Pilgrim. Multiple singles from the album have been released throughout the summer, as well as the official music video for “Vanity Fair.”

“I strongly feel that Nate Currin is the most refreshing talent I’ve heard since I left radio in 2008 – his album Goodnight California blew me away! He writes and performs with brilliance.”
– Rhubarb Jones, 3 time National DJ of the Year, R&R Most Influential Personalities Of The Last Century, and AND Inductee into the Georgia Radio Hall of Fame & Country Music DJ Hall of Fame