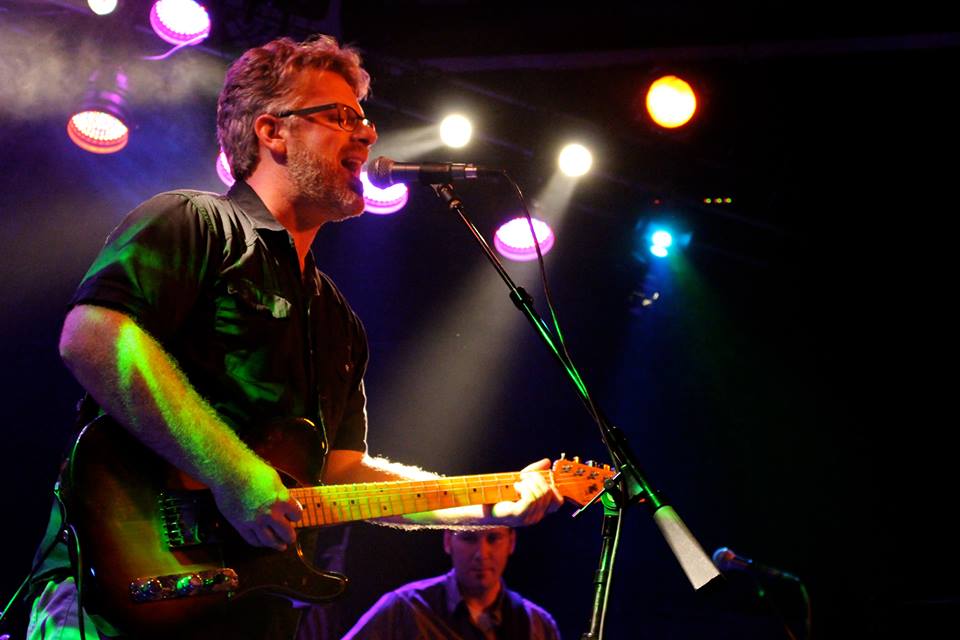 (CHARLESTON, SC.) With a genuine combination of American soul and an upbeat pop-rock style, Matt has emerged as one of the go-to indie front men in the southeastern U.S. He first cut his teeth in the music scene of Orlando Florida during his time at Rollins College while earning a degree in vocals, composition and guitar. In 2008, Matt was lured to Charleston along the South Carolina coast—where his single "Drive" has been regularly featured on radio at 105.5 The Bridge. When around home, Matt also performs regularly at the iconic venue The Windjammer…perhaps best-known as a launchpad for Darius Rucker's Hootie & The Blowfish. Matt's trademarks are a big voice, authentic songwriting, personable nature and an extra dose of funny. This latest CD entitled (From Where I Stand) was released in 2014.

The CD kicks things off with melodic “Lights are Low” a passionate yet invigorating guitar driven intro groove with driving rock rhythm, hooky chorus and emotionally charged vocal delivery from MacKelcan. Track 2 “The 4th of July Parade” serves up another hooky groove, with melodic musical flow coupled with amazing message, impressive vocal harmonies against a grand slam chorus. Track 3 “Plans” keeps things moving in the right direction with its warm musical feel, eventually lending itself into an infectious melody with thought provoking lyrical content that flows and ebbs its way through to emotional fruition. As the CD unfolds I can hear many musical influences reminiscent of John Maher, The Fray, Matt Nathanson,Barenaked Ladies,Hootie and the Blowfish and Counting Crows. Right from the start you will notice MacKelcan feels quite comfortable just letting it all hang out musically, not holding anything back. The overall musical vibe has a nice Americana Pop feel to it. Music is at times genuine, gripping, melodic, poppy and hooky with pockets of hope shining through. Also present are rock solid rhythm guitar playing, impressive solo guitar, eloquent Strings, Harmonica, and well placed electric guitar ambience built upon a thick as a brick rhythm section. MacKelcan’s got solid vocal timber and is full of passion and recklessness abandon. He’s got good vocal instincts within each movement he displays an impressive falsetto, trailing vibrato and inviting timber throughout. His vocal style reminds me of a cross between Adam Duritz (counting Crows, Steven Page (Barenaked Ladies) and Darius Rucker (Hootie and the Blowfish). MacKelcan is a gifted songwriter, storyteller and vocalist. Behind the guitar and microphone he’s even got some soul. The songwriting is brilliant and provides a lot of musical variety and emotion. His vocal emotions really seal the deal for me as he makes a strong emotional connection with the listener. All the Engineering aspects are in check (Recording, Mixing, and Mastering) as the CD possesses solid low end punch and crystal clear high end clarity. Mix is amazing! MacKelcan really handles all the pin drop moments extremely well - this is a critical component of Singer/Songwriter often taken for granted, The musicianship from all the other members in the band has everything you would expect from a standard 4 piece Americana-Folk band. The songs themselves are consistent musical experiences, each one possessing unique personality, flair and signature groove. From rocking “Without You Around” to impassioned “Here’s to the Night” to thought provoking “Do You trust Time” to laid back “Drive” to methodical “January Sun” to melodic “All the Things You Know” this 11 track CD has something for just about everyone. The CD ends with Track 11 “Pumping Blood Straight Through” the perfect finale statement for a CD of this caliber. I really like the cover art as well.

It’s hard to find any solid weaknesses with this production. CD is a bit short with 11 track, perhaps 1-2 more songs are needed to make this a fully loaded release. Harmonica sounds awkward within the sonic space on track 10. Some drums segments stick out like a sore thumb on Track 11. I wish the vocal finale of"All the Things you Know" had more emotion and raw vocal power.

In close From Where I Stand by Matt MacKelcan delivers an impressive, passionate, impassioned, hooky 11 song release from Matt MacKelcan upholds the highest standards in good Americana Pop. If he has an impressive live presentation then that would be a deadly combination no doubt. The songs are extremely melodic, passionate and highly entertaining – and clearly prove Hannah is on to something special going down this path. At the end of the day Matt MacKelcan is a world-class singer/songwriter possessing an infectious pop personality clearly worthy of worldwide recognition. One would be wise to keep a watchful on him over the years to come.