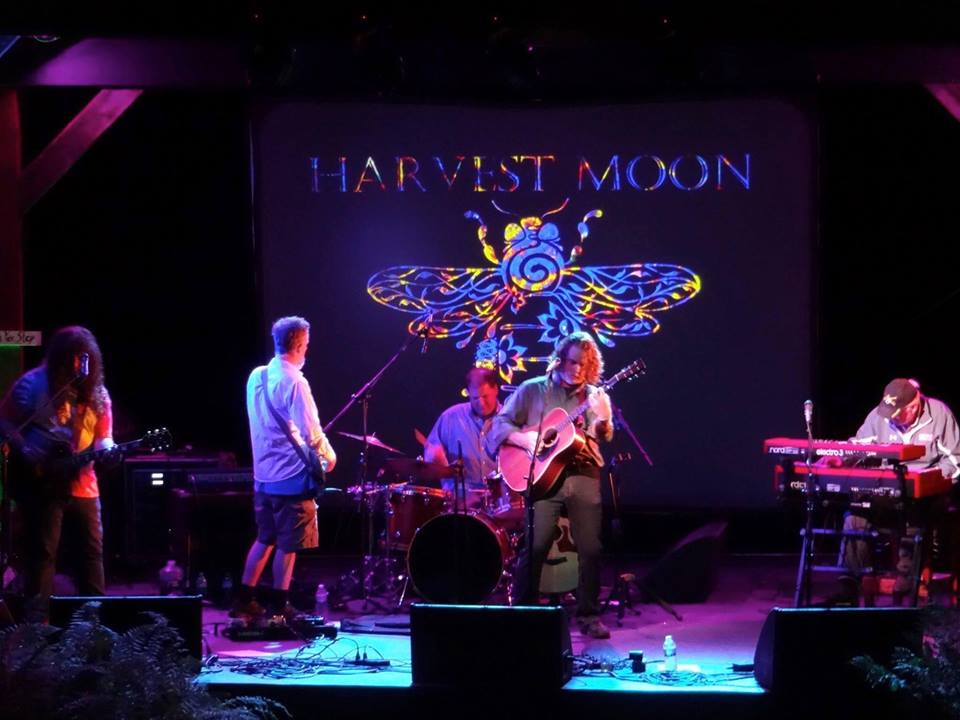 In the Beatles movie "Hard Days Night" British comic actor Wilfrid Brambell played the role of Paula's grandfather. All through the movie, everyone who came across this old codger immediately makes a comment about how "clean" he seemed to be. "Clean" is also the first and foremost adjective that comes to mind to describe Rutland County singer/songwriter Jim Gilmour's debut CD, entitled "Quarterline."

The sound on the 10 carefully crafted tracks is sparkling, the playing uncluttered, the writing confident and singing quite gorgeous (Gilmour's voice brings to mind Jesse Colin Young during his golden years with the Youngbloods). Gilmour has spent years enriching the musical culture in and around Middletown Springs, VT; organizing the Solarfest (a well-established summertime songwriters and alternative energy festival), launching the Turn of the Tide concert series at the Middletown Springs library, and producing and/or engineering numerous local recording projects at Southview Arts, his studio high on a hill above the town.

It's good news that he won a performing songwriter contest last year in Park City, Utah: After a year of heavy touring he is finally getting recognition as a solo musician as well for his many projects.

Jim’s professional music career began with the job of getting the Pointer Sisters and their producer Richard Perry lunch. Jim got it wrong and was sent from the control room with the very strongly articulated words “GET OUT!” Undaunted, Jim went back out into the streets of LA, got the "right kind of basmati rice", pushed his way back into the studio and has not looked back since. Once he mastered the differences between types of rice, Jim went on to work with Whitney Houston Jeffery Osborn and many other R & B artists of the time. Since that first day, Jim Gilmour could often be found sharing a moment with some of the most influential people of our time. As a sound engineer for NBC, he not only had the opportunity to interact with figures like Al Gore C. Everett Koop and Nobel Peace Prize winner Jody Williams, but he was also at ground zero with Tom Brokaw on that unforgettable day in 2001.

A Vermont resident, Jim began writing songs in earnest in 1998 after many years of music industry experience supporting other artists. His lyrics - sometimes veiled, sometimes chillingly frank - are composed from the everyday subjects of life: the temptations of addiction, love and love lost, and the power of connection. Jim has two solo releases with his band: "Flatworld" released in 2010 and "Quarterline" released in 2003.

Jim Gilmour contributed a track - “Hour in Texarkana” - to the benefit CD "TOO MANY YEARS: A Benefit for Clear Path International". Clear Path International works to assist victims of accidents involving explosive remnants of war in Vietnam. Other artists featured on this album include Natalie Merchant, Juliana Hatfield, Jorma Kaukonen, Widespread Panic and The Samples. Copies of this CD can be purchased online athttp://www.cpi.org/toomany.php

In addition to his solo career, Jim continues to produce and engineer albums for independent artists, including working with Russ Lawton, former drummer for Trey Anastasio of Phish, providing drum tracks in Jim’s studio for a number of Jim’s clients. He also has produced, played bass and sang harmony on three albums for Kort McCumber, one of Colorado's finest singer/songwriters and a nationally touring recording artist. Jim often accompanies Kort on tour and in the studio on bass and backing vocals.

He is a bassist and backing vocalist for other performing acts on the road and in the studio. He has worked with artists such as John Flynn, James Mee, John Flynn, Kort & Beth McCumber, Rick Redington, jam band Foxtrot Zulu, and many local and regional acts including the Celtic band, Wind That Shakes the Barley.

Jim is the music director and a member of the SolarFest House Band, which plays at the New England energy festival, Solarfest. He also recently was the front of house mixing engineer for John Hammond, the Northeast Kingdom Music Festival and SolarFest.

The Jim Gilmour Band has shared the bill with the likes of the Subdudes, 10,000 Maniacs and Patty Larkin – to name a few.