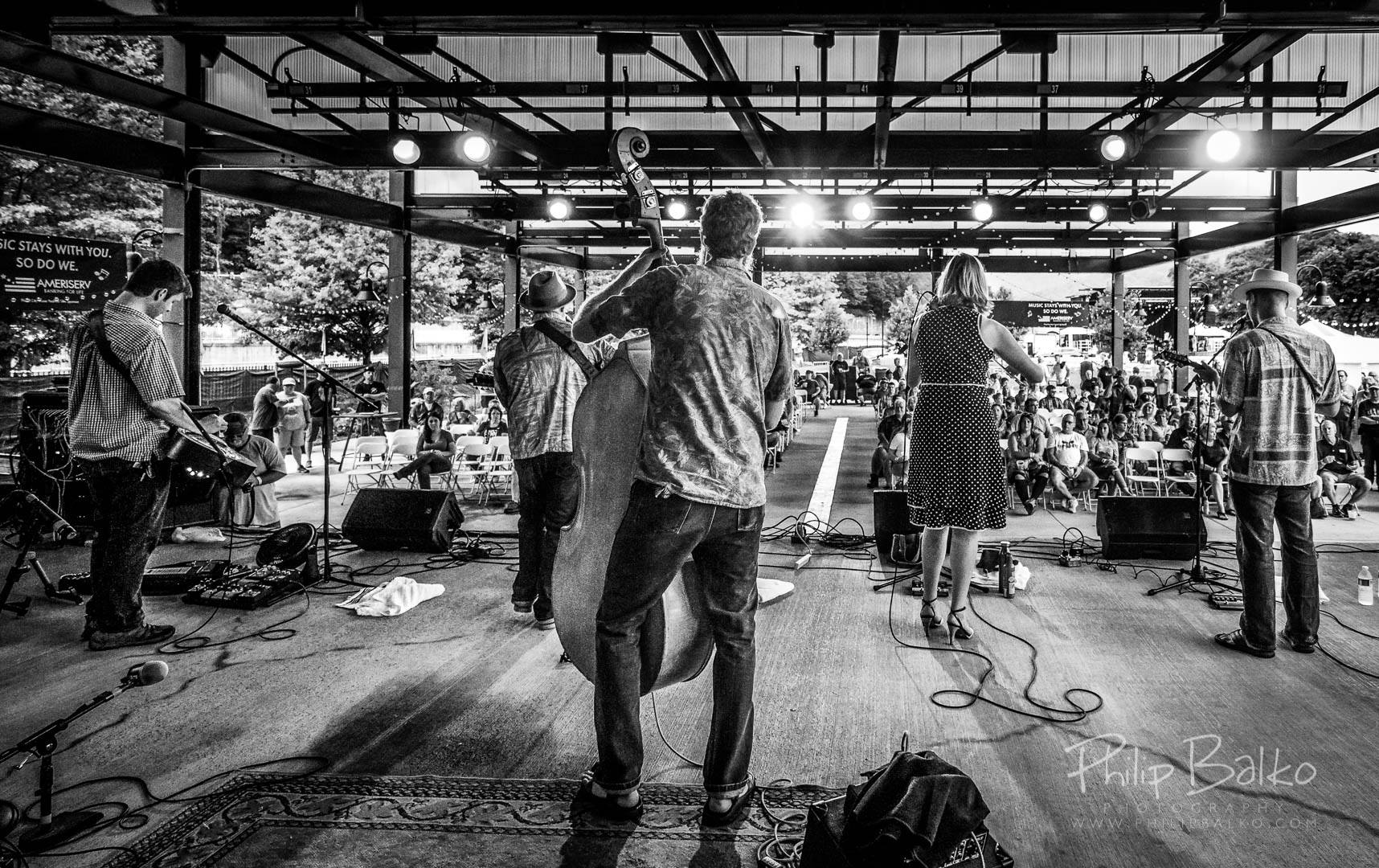 “The Jakob’s Ferry Stragglers are a daring and talented young bunch, and I can only hope that they manage to reach out and unite the bluegrass and old-time communities as easily as their music does.”

“Western Pennsylvania has a strong bluegrass and old-time music tradition...it was built by men and women who worked. Following that tradition, the Jakob’s Ferry Stragglers are a working band...They never stand still, traveling and playing, every mile another experience to turn into a song...In the end it is their music that will tell the story...will touch that part of your heart that loves good songs well played, and good stories well told. That’s hard work...even if they make it look easy…”

“...flat out one of the best bluegrass albums released this year (White Lightning Road).”

“This old-time/bluegrass style quartet...provides a much appreciated lift of fresh and thoroughly engaging music...a band that could literally rock a dance tent with nonstop energy.”

Hailing from the mountain towns of Pennsylvania, West Virginia, and Maryland, The Jakob’s Ferry Stragglers draw freely from Old-Time, Bluegrass, Rockabilly, and Swing music to create their own brand of high energy, Appalachian Bluegrass. Gary Antol (guitar/vocals) and Libby Eddy (fiddle/vocals) founded the band in 2014 with a very simple goal: write good songs, honor the music, and take it to the road. In the time since, JFS has appeared at festivals and clubs all across the country.

In 2015, the band released their debut album, The Lane Change, a collection of both original and traditional songs focusing on journeys through personal relationships as well as life in the coal mining towns of central Appalachia. The album was well received by fans and critics alike. “Mannington #9,” a searing tale of lives lost in a 1968 mining disaster in Mannington, WV, was featured in the Relix Magazine 2015 Summer CD Sampler. Written by West Virginia storyteller and old time musician, Keith McManus, the song’s driving rhythm and haunting melody capture the loss suffered by 78 families in this tragic accident. The Lane Change also featured the powerhouse harmonies of Antol and Eddy on titles such as “No Ash Will Burn” and “Blue Diamond Mines.” Summer of 2016 saw two major highlights for the band. In addition to playing The Emerging Artist Showcase at Grey Fox Bluegrass Festival, the band released its sophomore effort, White Lightning Road. The title track, written by Fort Wayne, IN songwriter, Darren Hunt, follows the path of a moonshiner trying to survive in a dying coal town. The song’s soaring vocals showcase Libby Eddy’s uniquely Appalachian voice, steeped in the cultural traditions of her rural West Virginia upbringing, with the strength of a people ready to fight for survival. Hunt also contributed to Ray Steven’s inspired and instantly familiar, “Get Along Gone.” WYEP FM Pittsburgh listed White Lightning Road as one of the top ten bluegrass albums of 2016. WYEP has also featured two of Antol’s compositions on their “Local 913” program: “The Legend of Gandy Grey” (The Lane Change) and “Smokestacks” (White Lightning Road).

In 2018, the band released their third studio effort, Poison River, recorded, mixed, and mastered by Will Shenk at National Media Services in Front Royal, VA. Poison River features original music written by Antol, Eddy, and mandolinist, Ray Bruckman. Along with the addition of Bruckman on mandolin, the album features Jody Mosser, lending his soulful dobro playing to the sound. Appalachian Jamwich’s review of the album called it “pure musical magic.” The album’s lead single “When the Redbud Blooms” received national airplay including a premier on Annette Grady’s The Bluegrass Jamboree.

The band is honored and thrilled to be an Official Showcase Artist at The International Bluegrass Music Association’s Bluegrass Ramble at World of Bluegrass in Raleigh, NC in 2018. Television appearances include WGN America’s “Outsiders”; Live from Center Stage in Cape Cod; and KDKA Pittsburgh. WDVX (Knoxville) has twice featured the band on their Blue Plate Special show.