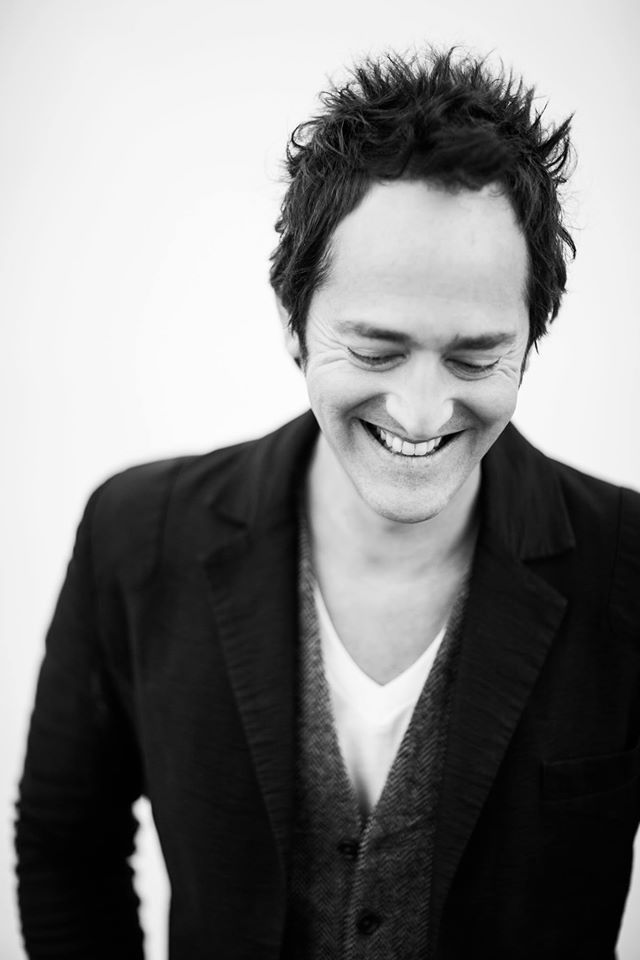 It’s a good album title, Beauty in Disrepair. A telling one, too.

There’s a yin and a yang there. It’s a thread that Emerson Hart, frontman for the multi-platinum band Tonic, comes back to time and again on his new record, his first solo release in over six years.

“Early in my life I learned to appreciate the beauty in things as they grew older,” says Hart. “Houses, furniture, churches, whatever. I think it started after my dad was killed: I lived with my grandfather on his farm, this 19th century mansion. Everything in it was constantly broken, but there was such a beauty to it as well.”

On his new record, Hart touches on loss, but also the beauty of rebirth, newfound love, family and starting a clean slate. Beauty in Disrepair marks a remarkably polished and honest follow-up to his 2007 solo debut Cigarettes & Gasoline, a critically-acclaimed album that spawned two Top 20 singles.

You may very well know Hart from that record. Most likely, you recognize him as the frontman and songwriter for Tonic, the alt-rock band that hit it big with their debut record Lemon Parade, which featured the smash hits “Open Up Your Eyes” and “If You Could Only See.”

A string of massively successful albums followed, including the Grammy-nominated Head on Straight and 2010’s self-titled release.

And Hart is more than happy to talk about his band. But Beauty is a different beast altogether. “This album, and my solo work, is just born out of stuff I don’t want anyone else to say,” says the singer, laughing.

For Beauty in Disrepair, Hart found a willing collaborator in David Hodges, who had found his own success working with the incredibly diverse likes of Kelly Clarkson, Christina Perri and Carrie Underwood. Hart also landed additional support from some trusted friends in LA, as well as his adopted hometown of Nashville (where he, naturally, often writes and records in his 200-year-old farmhouse).

“This record was interesting because I didn’t start out with a template,” says Hart. “My first solo record, I think I wanted to emulate [the Peter Gabriel classic] So. With this one, I wanted a songwriter record, not a Tonic record, but I was having a hard time getting started. I think the people I worked with ended up helping me find my way.”

Collaborators and new sounds aside, Beauty is immediately recognizable as an Emerson Hart record: warm, inviting, accessible. And possessing some killer hooks. “It’s still me,” says Hart. “I could sit here and tell you how much I love bands like Beach House or old Irish music, but I can’t write like that. I have to write songs in my way.”

Lyrically, it’s an intensely reflective album, exposing a lot of personal pain and joy. “Divorce is painful,” admits Hart. “But falling in love again and getting remarried is amazing. And having a young daughter changes your viewpoint. What I learned making this record is that you need to lose the baggage of your last hurt, and focus on the present, making sure you take the steps to make things better in the future.”

That’s an apt description of “Hurricane,” a pop song full of real world wisdom and a killer chorus. For Hart, the single is about “washing away the damage of your youth and having a real awakening.”

It’s also a rich record, wonderfully diverse musically and emotionally. Pianos and acoustic guitars abound. “Mostly Grey,” a favorite of Hart’s, hits the somber notes, while “All is Well” is a pretty, contemplative ballad; and harmonies abound, big and bright on “Best That I Can Give” and “The Lines.”

It’s an album any music fan would love to embrace, including both “Cigarettes and Gasoline” and Tonic fans alike.

[Speaking of... “Tonic will absolutely put out a record next spring or summer. I love my band. They’re caregivers, a pain in the ass, the fuel that keeps me running. All those things.”]

For now, Hart will be hitting the road to support Beauty, playing a mix of intimate venues and (perhaps) a larger tour. “It’s a nice cross-section of fans,” he says. “Fans of my first record. Die-hard Tonic fans. And I’ll play those songs. I wrote ‘em! And then you’ll see those guys who don’t know me, who hear me play ‘If You Could Only See” and their eyes light up and they connect the dots. They’re like, oh, it’s that guy.”

So while recognizing his past, Hart thinks Beauty marks a turning point in his career.

“The whole spark of this record was finding the beauty in healing,” he says. “Learning from the hurt and moving forward. I’ve done that.”