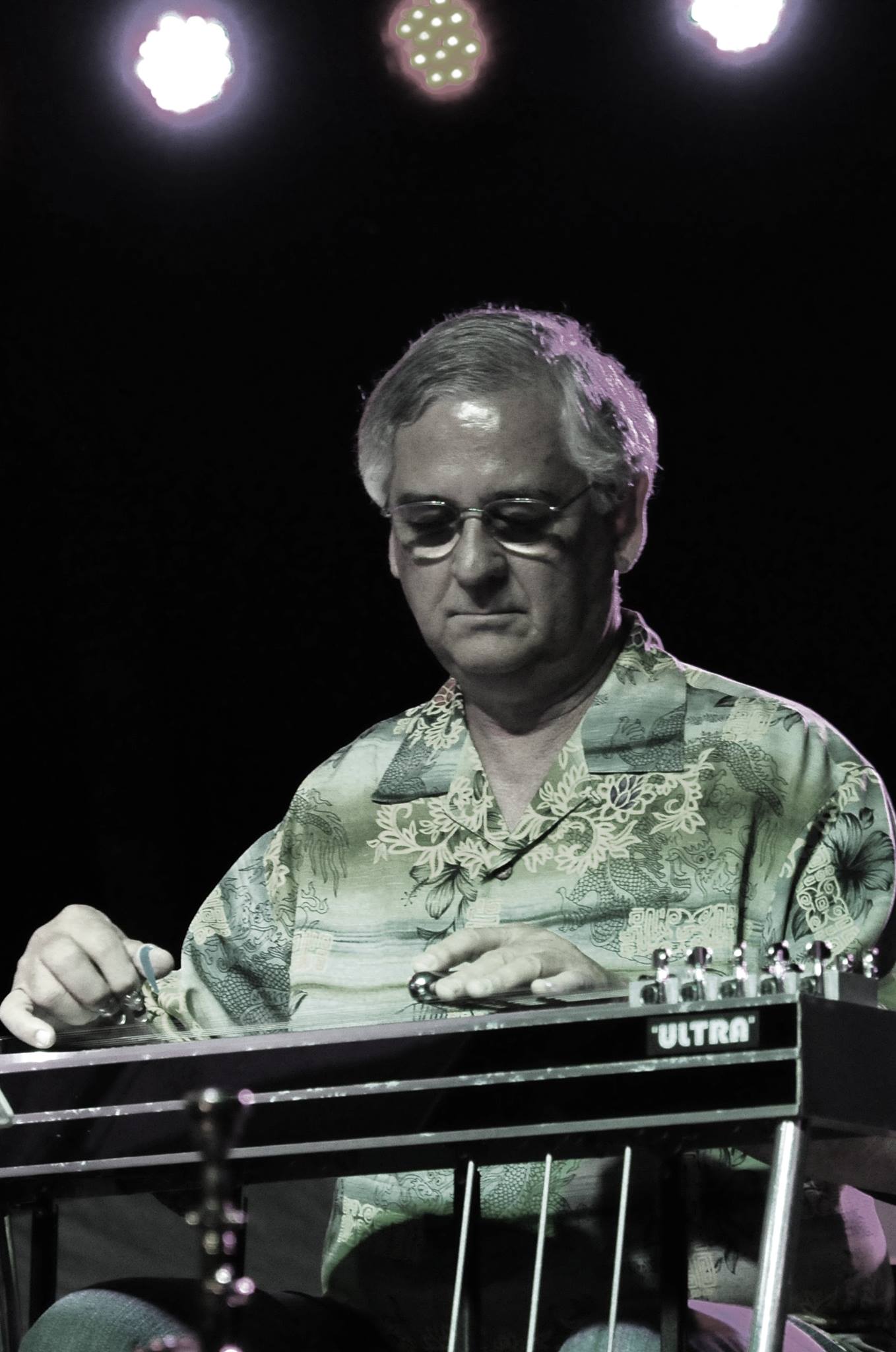 Doyle Grisham has played on Jimmy Buffett albums for over 30 years and toured with him since 1999 and shows no signs of slowing down anytime soon. Not only has his steel guitar been heard on numerous Buffett tunes, but over the years you have heard his talent shine through on recordings by Randy Travis, Reba McIntire, Tompall & The Glaser Brothers, Kenny Rogers, Mel Tillis, George Jones, and Dr. Hook, just to name a few. Although noted for his mastery of the steel guitar, Doyle is equally at home with an electric guitar, dobro or bass guitar in his hands, having influenced many up and coming musicians along the way!