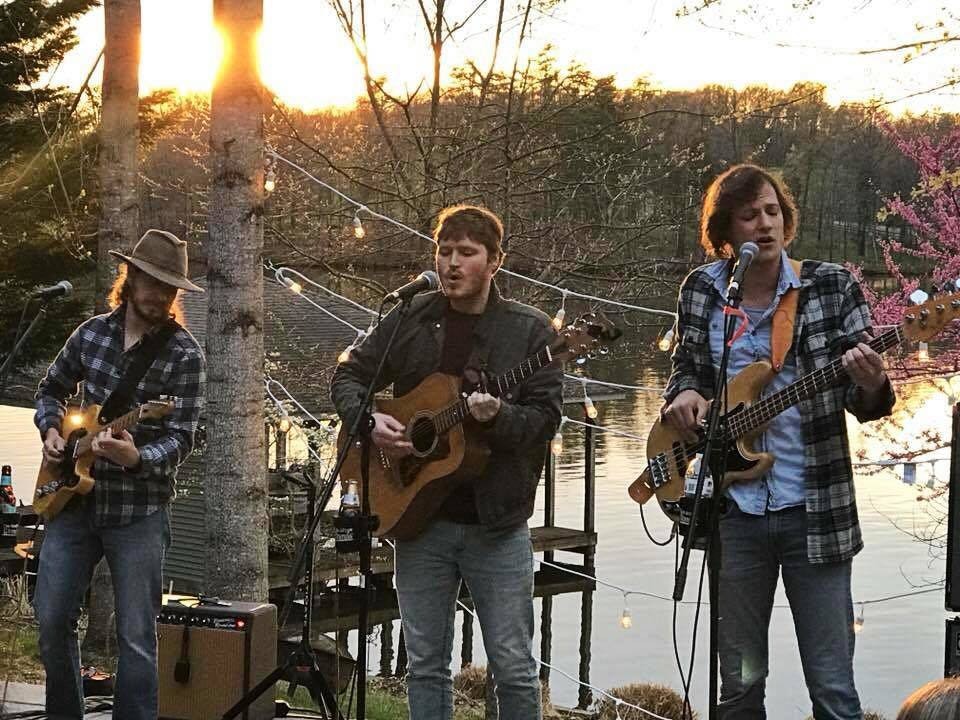 Brought together by family ties and a shared appreciation for folk, pop-rock, and roots music, The Currys are an Americana trio featuring Jimmy, Tommy, and Galen Curry. They're relatives — two brothers and one cousin, to be exact — and like many family groups, their songs are anchored by the sort of elastic, entwined harmonies that only seem to exist among kin. On their second record, West of Here, their songwriting chops match those interlocking voices, with all three members contributing songs to an album that deals with the constant search for one's home. It's an album that was born on the road. Following the release of the band's official debut, Follow, The Currys packed up their van and spent nearly two years on tour, playing everywhere from Los Angeles to a string of oysters bars in the Florida panhandle. Those shows tightened up the band's melody-driven sound — a sound captured by producers Chris Keup and Stewart Myers (Lifehouse, Jason Mraz) on West of Here's 13 songs — but it also found them questioning their roots. Brothers Tommy and Jimmy Curry had grown up in the Sunshine State, after all, while Galen spent his childhood in upstate New York. Years later, all three relocated to the Appalachian town of Charlottesville, Virginia, where the band's audience began to swell. Yet here they were, traveling across the country for months at a time, asking themselves where their home base really was. West of Here doesn't give any easy answers, but it does offer up plenty of warm, wistful songs whose influences are just as wide-ranging as The Currys' travels. Tracks like "Restless" and "Hold Me Here" swirl piano, mandolin, bass, guitar and light percussion into the same package, with hooks and harmonies leading the charge. Like the Avett Brothers, The Currys know when to crank up their rootsy stomp. Their music reaches far beyond that genre, though, taking cues from the epic sweep of Bruce Springsteen, the song-based storytelling of Ray LaMontagne and Bob Schneider, the rhythmic soul of Marvin Gaye, and even the poppy punch of Justin Timberlake. The result is an album that ebbs and flows, with The Currys mixing up their sound out of multiple ingredients. It's been years since The Currys played their first songs together as teenage boys, swapping tunes during a series of annual family reunions. West of Here pays tribute to that history, but it pushes the band forward, too, with one foot in the folksy sound of The Currys' influence and the other pointing toward something new. Like its title suggests, West of Here is the sound of a band on the move.