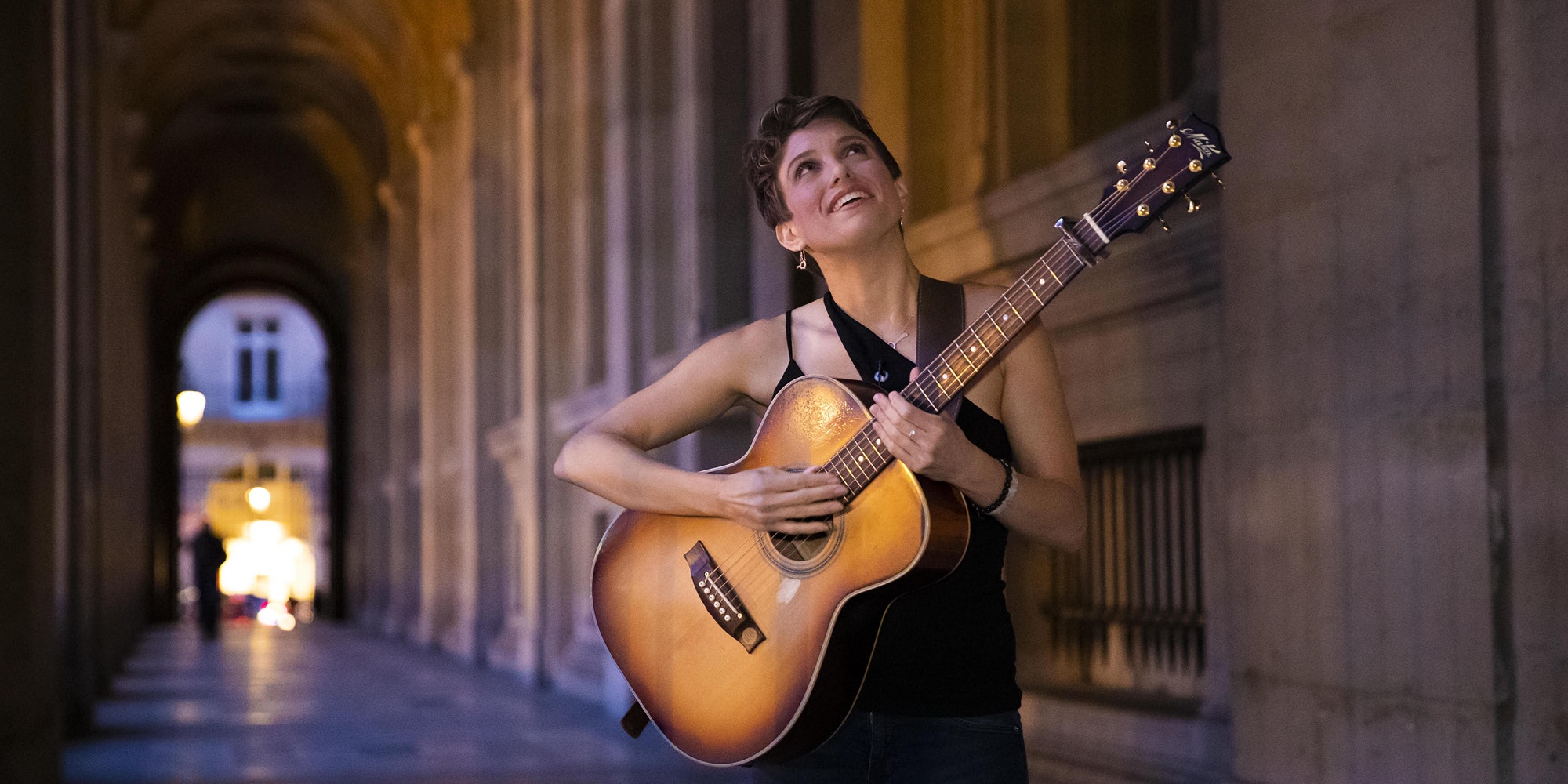 Singer, songwriter and renowned fingerstyle guitarist Christie Lenée is more than a musician – she’s an experience. Symphonic compositions flow from her fingertips effortlessly, with sound ranging from transcendental folk-pop to virtuosic instrumentals.  Her recent title of Acoustic Guitarist of the Year 2019 awarded by Music Radar Magazine out of the UK, has launched Christie’s career towards international stardom.

Christie recently completed the MusiSHEans trio tour of Europe which included stops in the UK, Paris, Rome, Prague, the Netherlands, Austria and Germany, as well as a 4 city support for Tommy Emmanuel in Poland.

During the pandemic, Christie is currently working on a solo album in addition to collaborative tracks with artists such as Tommy Emmanuel, Phil Keaggy and Laurence Juber. In July 2020 she was featured on the Grammy Museum’s virtual program streaming from Los Angeles, along with another 4-page article in Guitar Player Magazine. With over 16,500 fans on Facebook and over a million plays on YouTube, Christie continues to spread the love of music through live streams, digital airplay and virtual appearances on television stations. As an artist, she hopes to bring joy, freedom, and light to the world though the love of music.

“Christie Lenée is a wonderful spirit making beautiful music on the guitar.  She has epic compositions that take one on a journey through time.”

“… One of the most shockingly moving interludes we’ve ever had. It was more than the fluid, neck-tapping virtuosity. She seemed to radiate joy. “

“The message in the music of Christie Lenée is crystal-clear and unambiguous. And that message is a celebration of life, love and joy. The elation in her voice, the ever-present smile on her face, her warm and embracing lyrics, her wonderful between-songs anecdotes, and her brilliant guitar playing all point directly to that message.”

*Nominated for a Posi Award, Song “Love Who You Are” in Category “Songs for Personal Transformation”