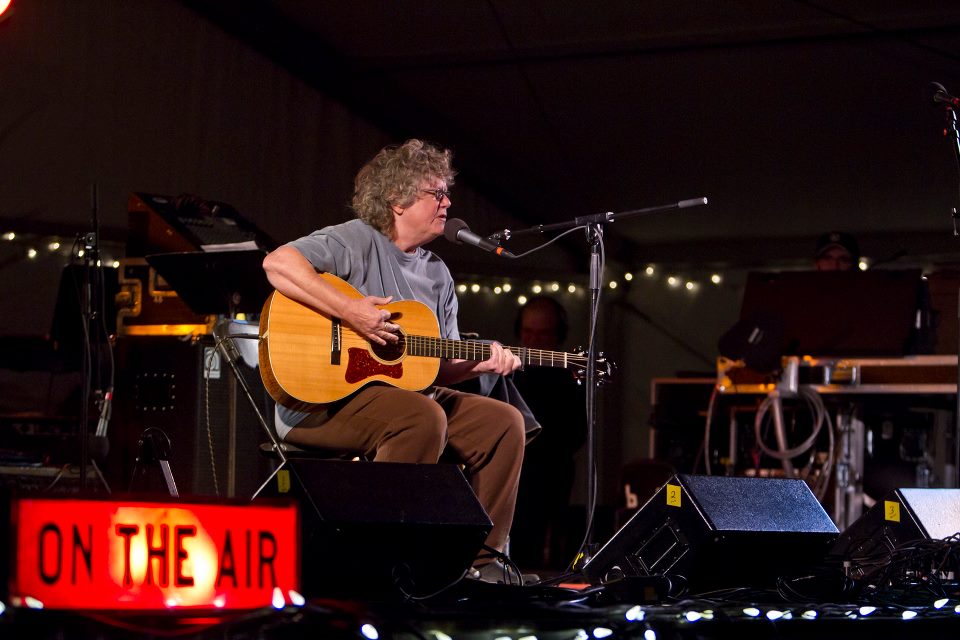 Cheryl Wheeler has to be seen to be appreciated. Nothing you read and nothing you hear from her albums prepares you for how good a performer she is.

You may not be familiar with Cheryl, but you have probably heard her music. She is very respected as a songwriter by her peers, which can be seen by how many of them record her songs. Chery's songs have been covered by artists as diverse as Dan Seals, Peter Paul and Mary, Kenny Loggins, Garth Brooks, Suzy Boggus, Melanie, Bette Midler, Maura O'Connell, Sylvia, Kathy Mattea, and Holly Near. If they think she is great, then you owe it to yourself to learn more if you aren't familiar with her.

From her albums you can tell that she is a gifted songwriter with a beautiful voice. From other people's comments about her you can learn that she is a natural story teller with a fantastic sense of humor. But until you see her in person, you never really believe what you've been told about her. Besides, almost half of the songs she does during her shows haven't been recorded!

If you have never seen her do a live concert, then by all means do so! I get e-mail from people all the time thanking me for spreading the word about Cheryl. They go to the concert knowing they will enjoy it, and often find it even better than they had thought it would be. If she doesn't ever perform near you, then try to find a copy of her video or her live album. and see what you are missing. You can find some clips of her onYouTube, but they are usually only the songs, and not the stories. If she ever performs near you, do what you can to attend. If you don't, you will kick yourself later for missing a great show.

Cheryl's first concert was to a captive audience. She found an old toy ukulele in a neighbor's attic and serenaded her mother who was taking a bath at the time. A year later she got a real ukulele, then finally got her first guitar. She learned guitar from a neighbor, who also taught a group of boys. Each week they would get together and play just about any song they could think of for hours on end. Her first public performance was at a Hootenany type show when she was 12. She started writing songs when she was 17.

She has never had a "Day Job". Her first professional gigs were at the Steak and Ale Restaurant in her home town of Timonium, Maryland. The place only had one PA system; in the middle of her songs you would hear: "Jones, party of four ... Jones, party of four". She finally convinced them to get a second PA system.

Cheryl did have a "job", teaching music. In her words:
I did have a job for a few years, "teaching" music at Jemicy School, a wonderful school in the Baltimore area for kids with dyslexia. ("Teaching" is in quotes so as not to suggest I had the training or skills of an actual teacher). I was filling in for the music teacher who had left, and after a few days, I told the director she needn't be in a hurry to find an actual teacher. I just played guitar and sang with the kids. We put on shows, both at the school and at a local library and a nursing home. Those kids were brilliant. I loved it. During that time I was also doing local bar gigs at night and after a few years I felt like I wanted to devote all of my time to playing and writing, so I moved up here to New England and did that.

She performed at venues around Baltimore and Washington DC before moving to New England in 1976, where she now lives. She tours extensively. She had a band for a while, but usually performs solo now, or with Kenny White, who often opens and then accompanies her and sings backup. She often appeared in the On a Winter's Night tour, and was part of the Philo 25th Anniversary tour.