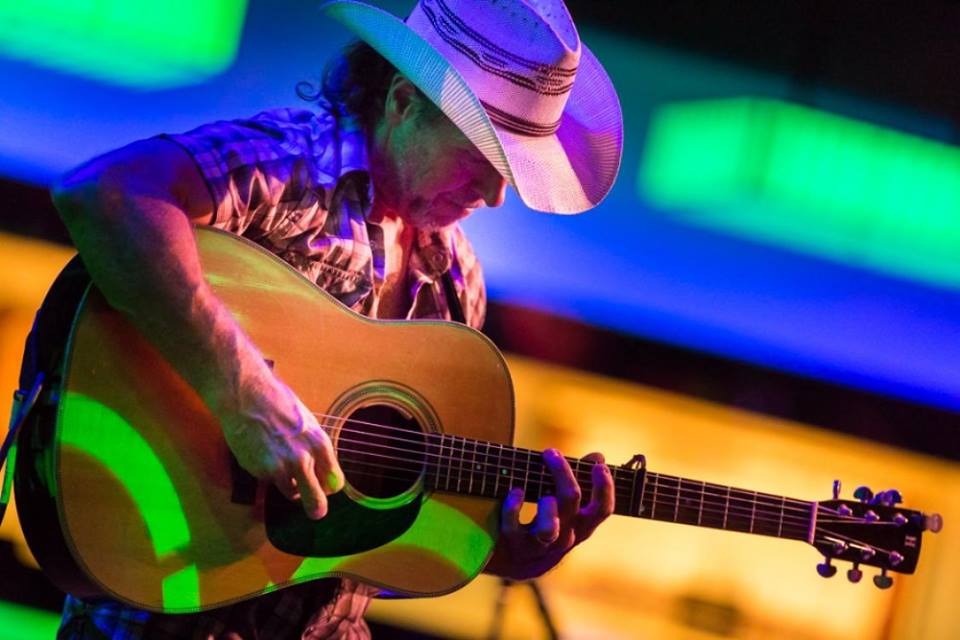 Brian Smalley lives in Florida. Where is Brian from? That’s a trickier question to answer. By the time he turned 18 his family had moved all across the country more than twenty times. So, it’s no surprise that wander-lust found its way into Brian’s soul, as well as into his music. His first guitar at age 9 became his best friend, and all that traveling opened up a whole world to explore and create in. Along the way many influences were caught in his musical-dragnet.
Brian has a special knack for putting together a musical set. Combining tasty covers from artists like Jerry Reed, John Prine, Grateful Dead, Bob Marley, John Hartford, Chet Atkins, Peter Rowan and Richard Thompson with crowd pleasing original pieces, he plays with mad skill and pure energy.
The songs Brian has written borrow from folksy flatpick guitar and new-grass as well as a touch of new-age acoustic music. He sings with a soulful, earthy voice, and his live performances tend to be just that: Lively! For the past twenty years Brian has made music his sole occupation, and has six CDs under his belt: his latest "Key" is an acoustic novel set in the Florida Keys telling the fictional story of Painter Kellet & Compass Rose. This CD is similar but very different from his acoustic novel from 2013 "Chickens Pigs" which is an acoustic play based in Civil War era Florida and was recently named Best Florida Folk CD of 2013 by the Florida Times-Union. A great many of the songs are set in and inspired by Florida, a state of mind and a state of nature that he loves to write about and longs to see preserved. For Brian Smalley the wander-lust continues, and he is willing to travel anywhere to perform and hopefully inspire a little love and peace along the way.