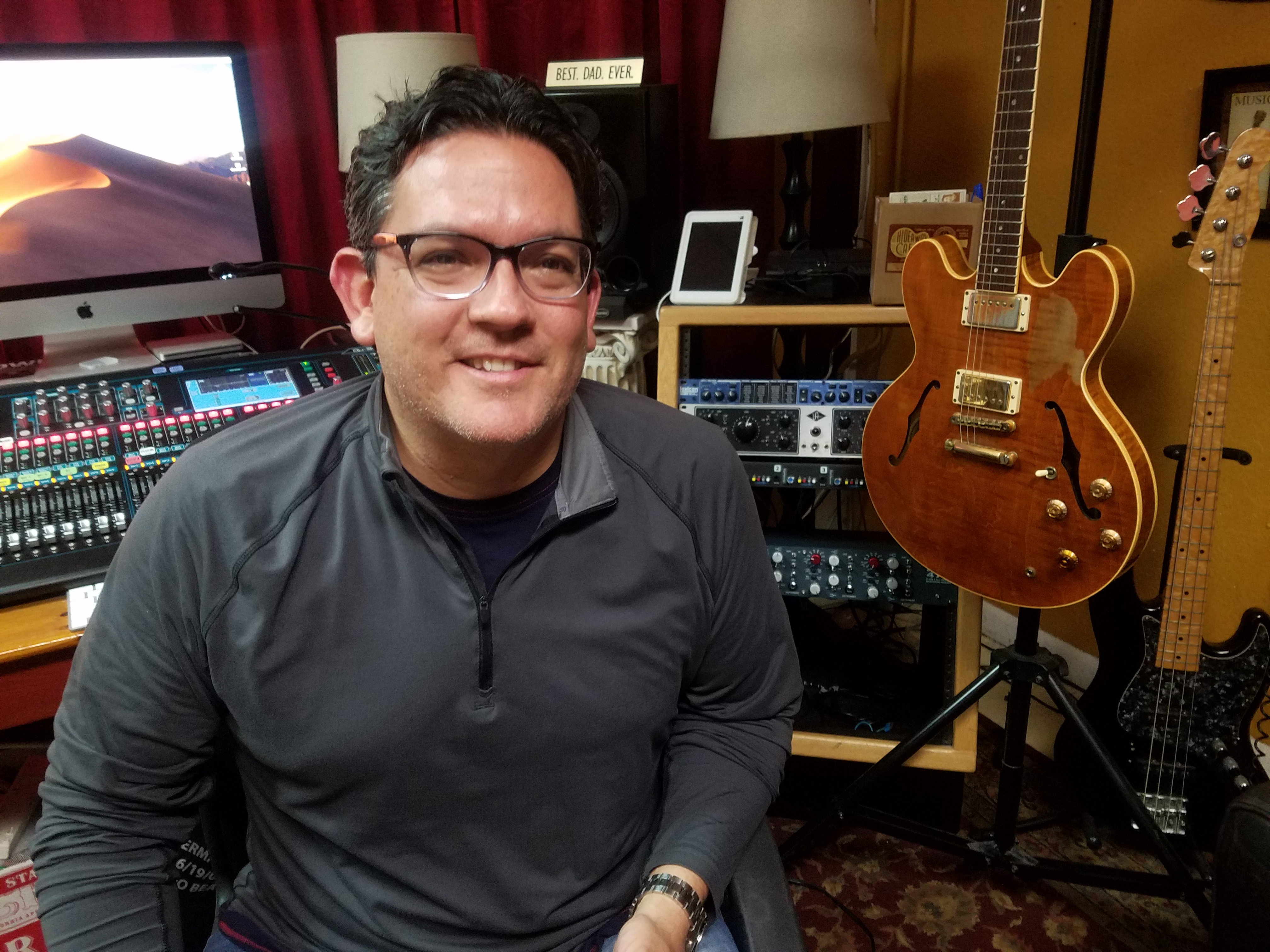 The Hideaway Café is unique among St. Petersburg’s live music venues. You can get wine and beer, but it isn’t a bar, exactly. There’s a kitchen, which turns out pretty tasty food, but it’s not really a restaurant.

First and foremost, the Hideaway Café – soon to celebrate its 10th anniversary – is a “listening room.”

Essential to the culture of music-centric cities like Nashville, Austin and even New York, a listening room puts the focus squarely on the performers onstage, with a top-notch, hear-the-pin-drop sound system and lights that don’t do anything but make the musicians easier to see.

And that’s just what John Kelly, the Hideaway’s owner/operator, intended.

“No one’s sitting facing the bar,” he explains. “The whole place is set up to look at the stage. So even the biggest, heaviest nights in here, for the most part you tend to watch the show. It’s not just background, no matter where you are in the room.

“And what about when there’s a hundred people in there, and it’s totally quiet? That’s amazing.”

A native of Teaneck, New Jersey, Kelly got the acoustic, audiophile bug during the near-decade he spent in Nashville, working as a graphic designer, mortgage broker, bartender, chef and whatever else it took to keep food on the table while he pursued his passion for music.

“I moved to Nashville with zero plan,” he says. “I was 23 or 24, and I probably had 600 bucks. And it changed everything. I met my life at that point.” He played guitar in a band called Left Field Jackson, which always seemed to be teetering on the edge of success but never quite made that final plunge. Not for lack of trying on Kelly’s part.

Piece by piece, he created a recording studio in the basement of the band’s communal house. Kelly learned by reading one book and manual after another, getting mentored by the city’s corps of seasoned engineers, and by trial and error. He recorded Left Field Jackson, and he recorded his own acoustic songs, and before long he was recording all the other musicians who’d heard about the city’s newest self-taught studio wizard.

It was there that he became acquainted with a girl named Nicole, who liked the band OK, but liked John Kelly better. Together they left Nashville in 2001, and got married, and following a brief, unsuccessful attempt at thriving in Los Angeles, they moved to her hometown: St. Petersburg, Florida.

John Kelly arrived in St. Pete with crates of mics, mixers, guitars and other equipment, the best of the best, test-run over his years in Music City. He set up his first business, Hideaway Recording Studio Inc., in the carriage house behind the home he and Nicole rented. The first of their two sons was born in 2003.

He was still cooking, tending bar and designing-for-hire while producing local artists on the weekends; he was ready to debut his first commercial space, on the 4400 block of Central Avenue, in 2007. Within two years, however, his landlord sold the building, which is how John Kelly’s Hideaway Café ended up at its present location, 1756 Central.

He admits it’s been a piecemeal sort of progress over time. “I wrote up a business plan, but it was for meant for my carriage house. I still have it. I had this idea for a small business.

“I did not put a business plan together for the Hideaway. It was more like ‘How can I do this?’ Crunching numbers. And I learned a lot over 10 years.”

The current Hideaway began as a studio. Since he was leasing more space than he needed, Kelly reckoned, why not build a stage, so when a band, or an acoustic artist, was ready to release their record, they could celebrate with a party and performance?

At first they were like house parties, with potluck suppers, the room fitted out with sofas and soft chairs for what Kelly calls a “comfy and cozy” vibe.

The public was allowed in on Thursdays, for Open Mic Night. Then Kelly got a license to sell beer and wine, which led to Fridays and Saturdays, and booking local and regional performers for the stage. Over time, the scheduled expanded.

“It was like a progression,” he says. “I always had ideas, but every year I added a little more, and tried to execute those things one at a time.”

In 2011, he annexed the former tattoo parlor next door and fitted it out with a commercial kitchen. And so the Hideaway became an actual, food-serving café … with seats that only face the stage.

From the start, the idea was to enforce the direct connection between artist and audience, by not being a bar with its attendant noise and bustle.

“From a band standpoint, that’s loud and it works,” Kelly observes. “For blues and all that stuff, it works. But man, when you get someone just telling a story, you can’t do that in a bar. If they’re a really good writer, you miss it all.

“It’s not always just the great voice, or the great song. An hour to entertain 100 people is a real personality thing. There’s a real reason why people are doing what they’re doing in that world, and they ought to be doing it, because they’re really, truly special.”

The Kirk Adams Band onstage at the Hideaway

John and Nicole Kelly settled in St. Petersburg when the city was a sleeping giant; the Hideaway was one of very few music-first venues.

These days, of course, there are plenty of options for entertainment seekers, especially those who aren’t so particular about the quality of the musical experience. In other words, even though the Hideaway is all but singular in its mission, the competition’s getting stiff.

“I don’t want to quit being the Hideaway,” Kelly explains. “I’m OK to change, to follow what the audience wants – if blues is a great thing that works with us, all right, I’ll do blues more. I don’t want to give up this idea of two people up there, singing beautiful harmony, acoustic, and everyone listening. I don’t want to let that go. To me, it’s a beautiful thing. But if I want to be able to keep it, I have to be smart enough to allow for some change.”

What that might mean, in the long run, in still in the wind. “We started by focusing on artists and singer/songwriters,” he adds. “Listening to their songs and stories. I don’t want to change that. But in order to maintain that brand, in today’s St. Pete, I think the Hideaway has to be able to change. When it needs to.”